We wake early again and head to the kitchen for breakfast after a rough night of sleep. Today is our longest day of walking, and it includes a side trip up to Korokoro Falls about an hour after we set off. There are rimu groves on the way up to the falls and we have to ford the river at one point with the help of a steel rope strung from one bank to the other to help us out. If we didn’t have such a long day ahead of us, I’d scramble down the bank for a dip in the bottom of the falls. Next time perhaps. 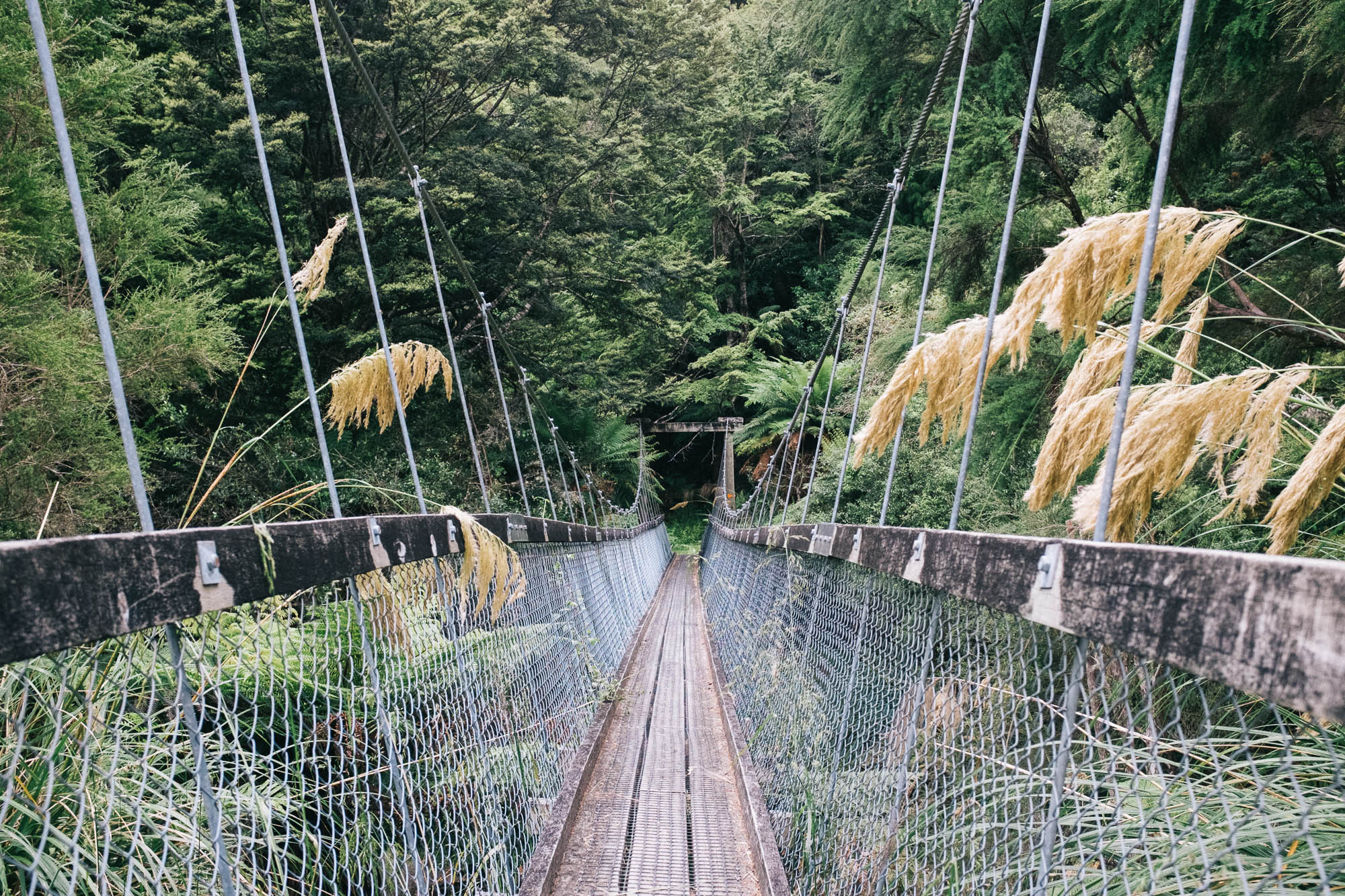 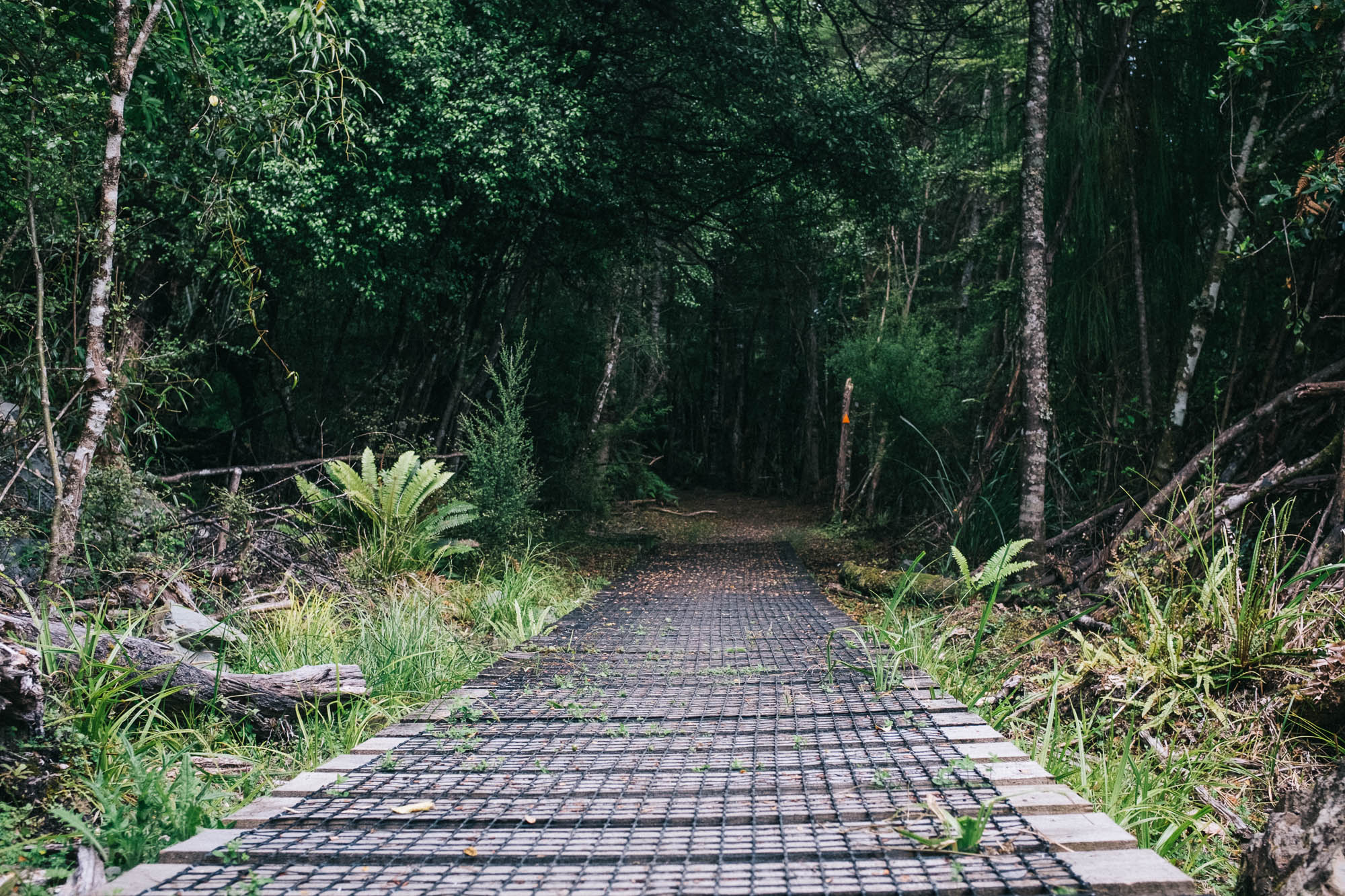 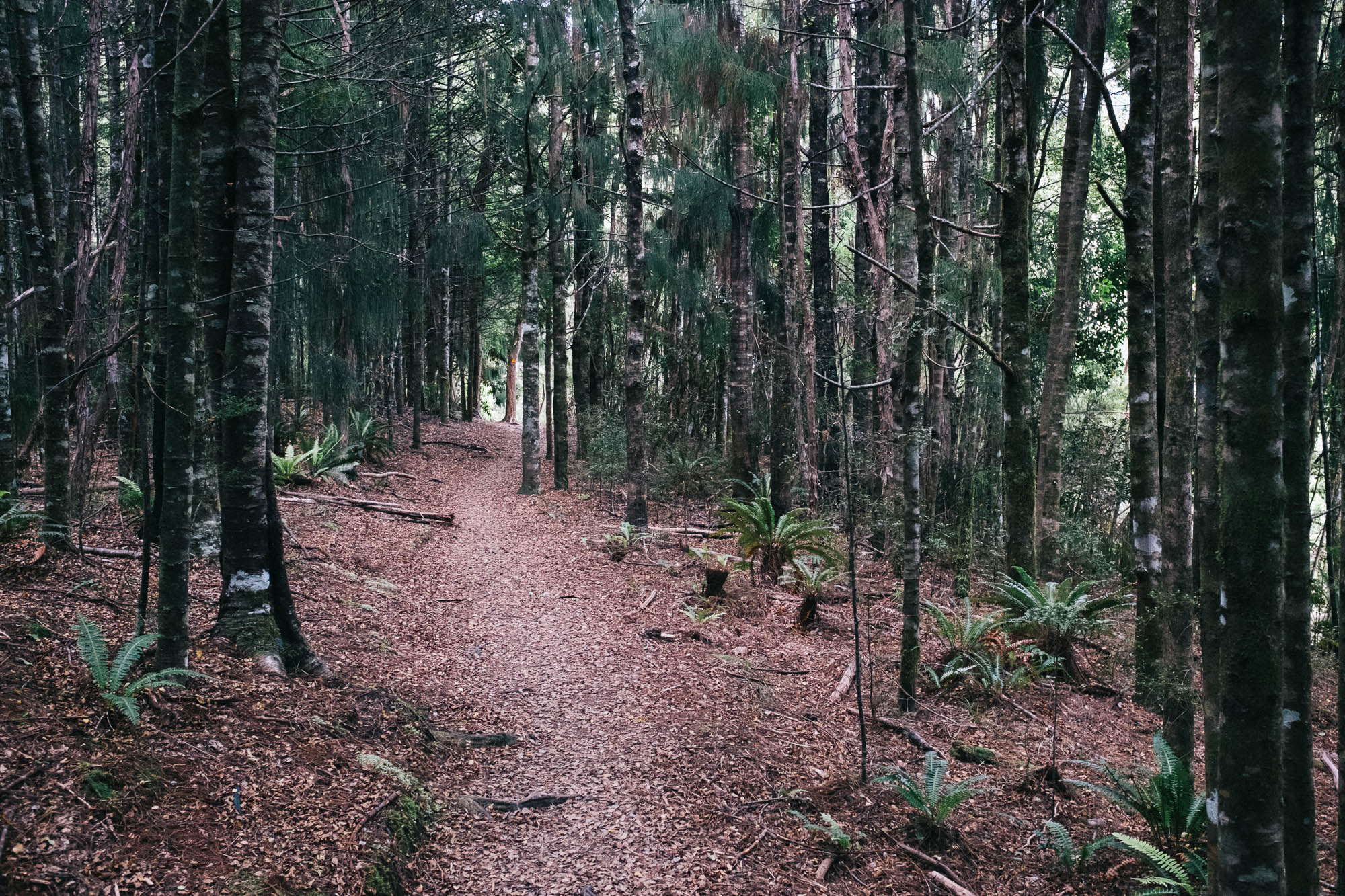 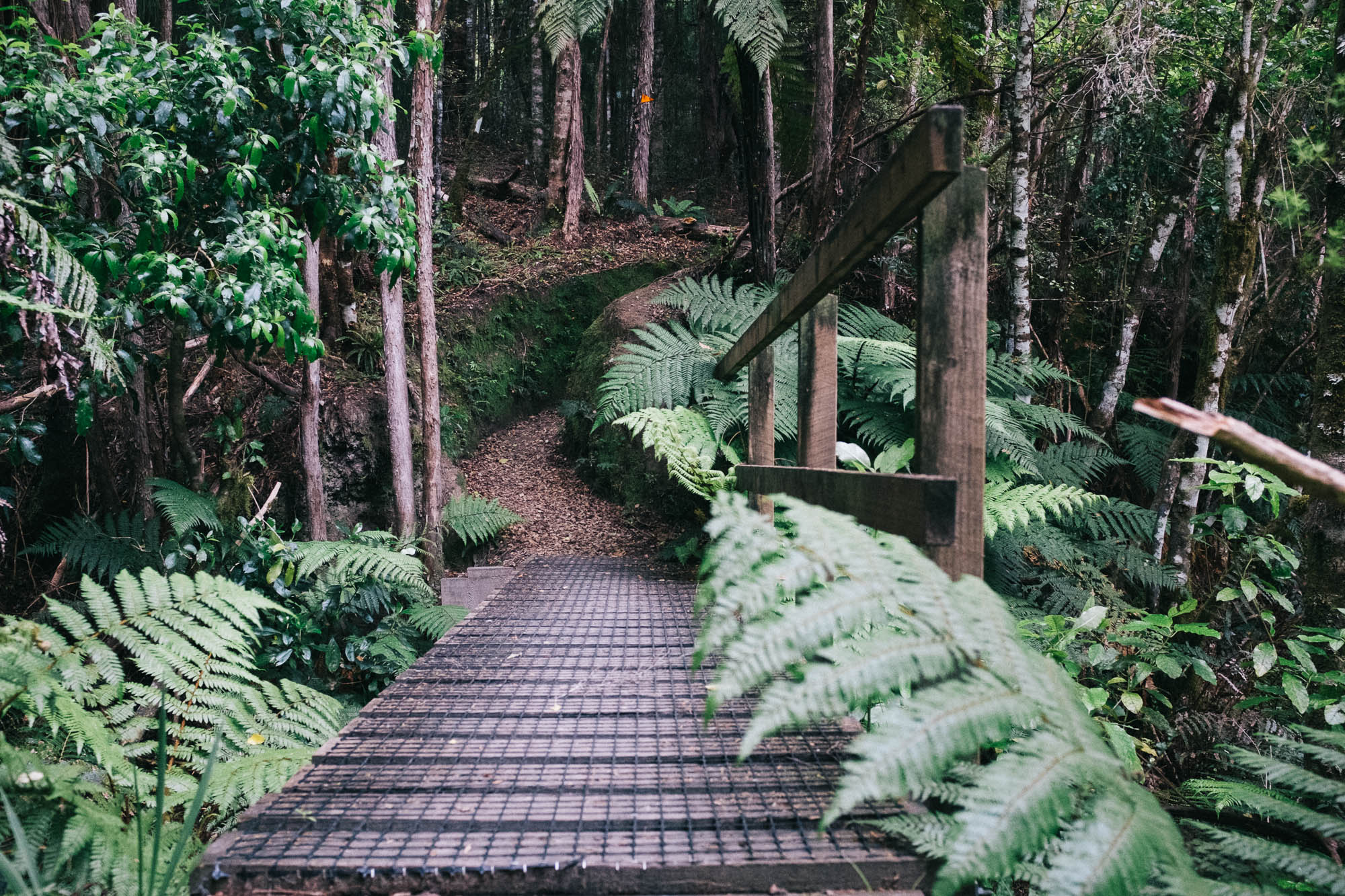 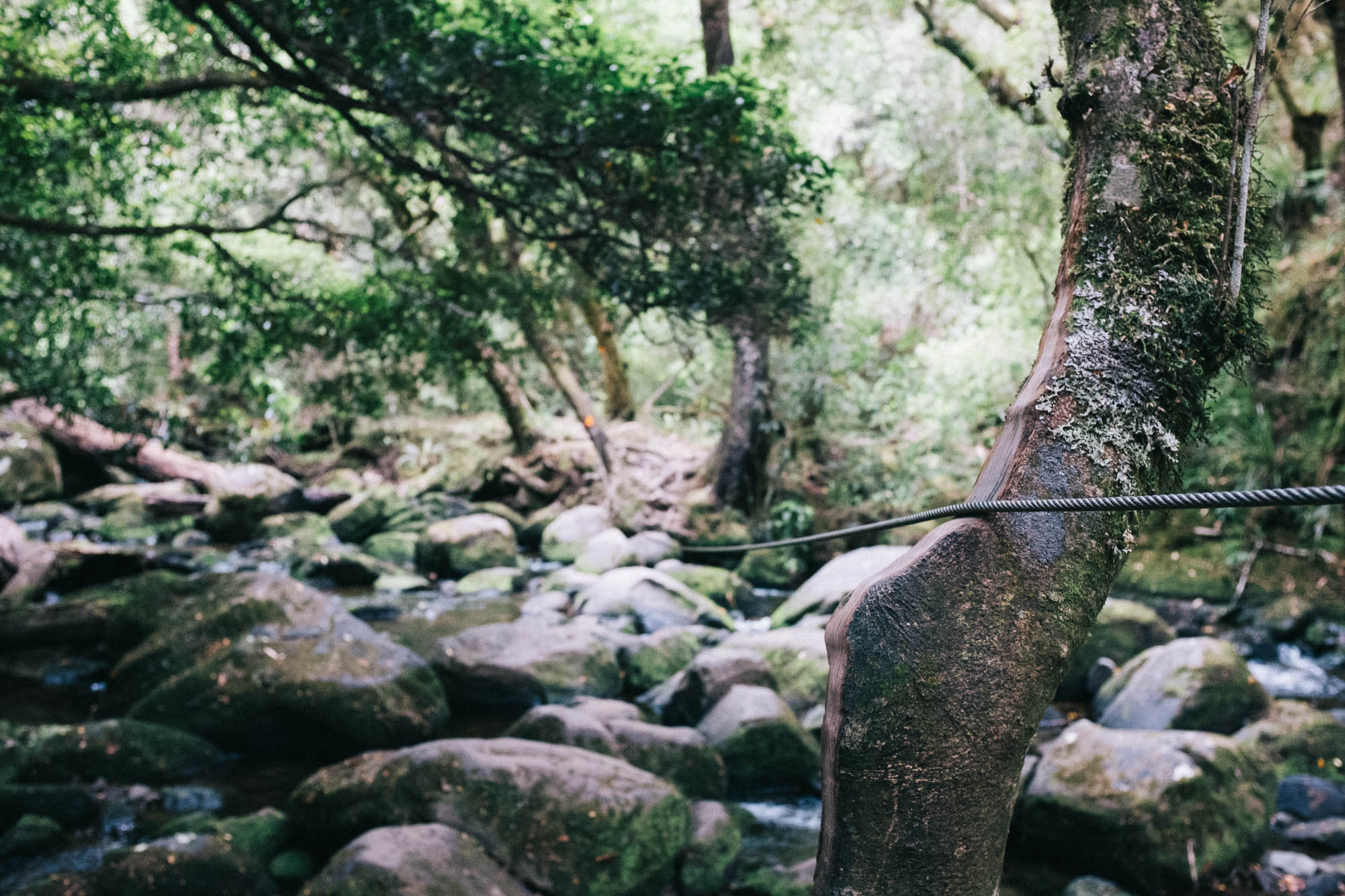 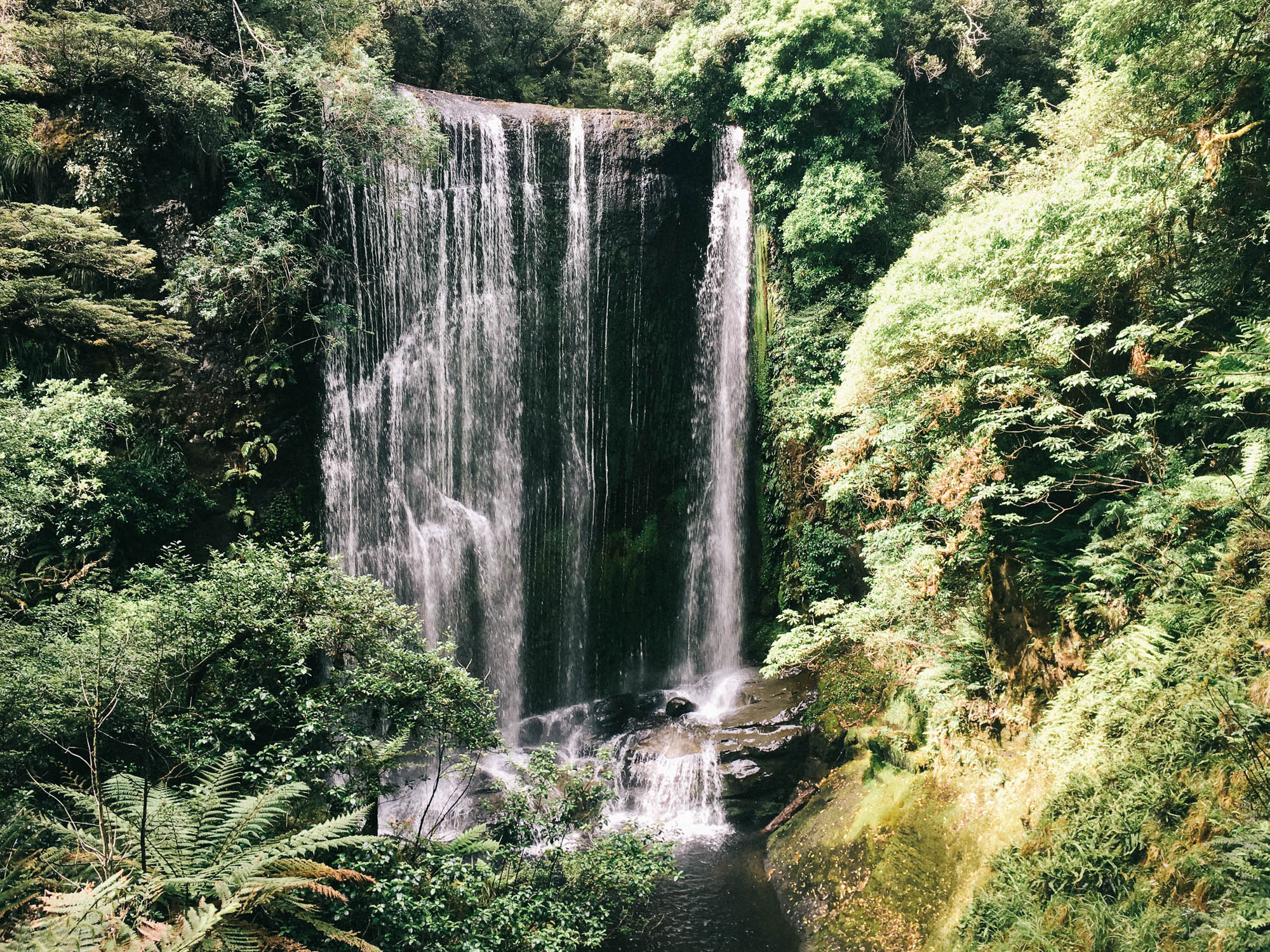 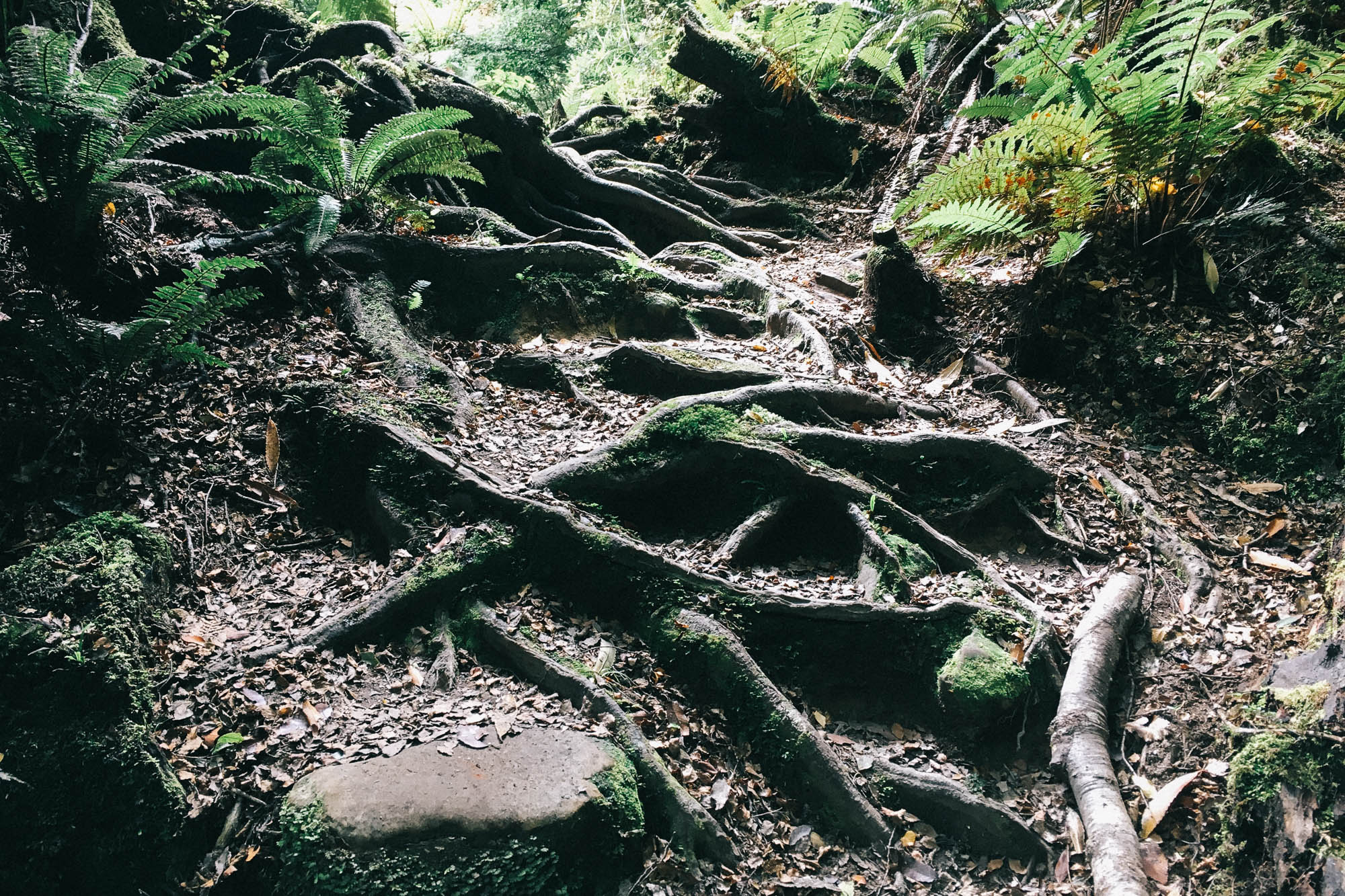 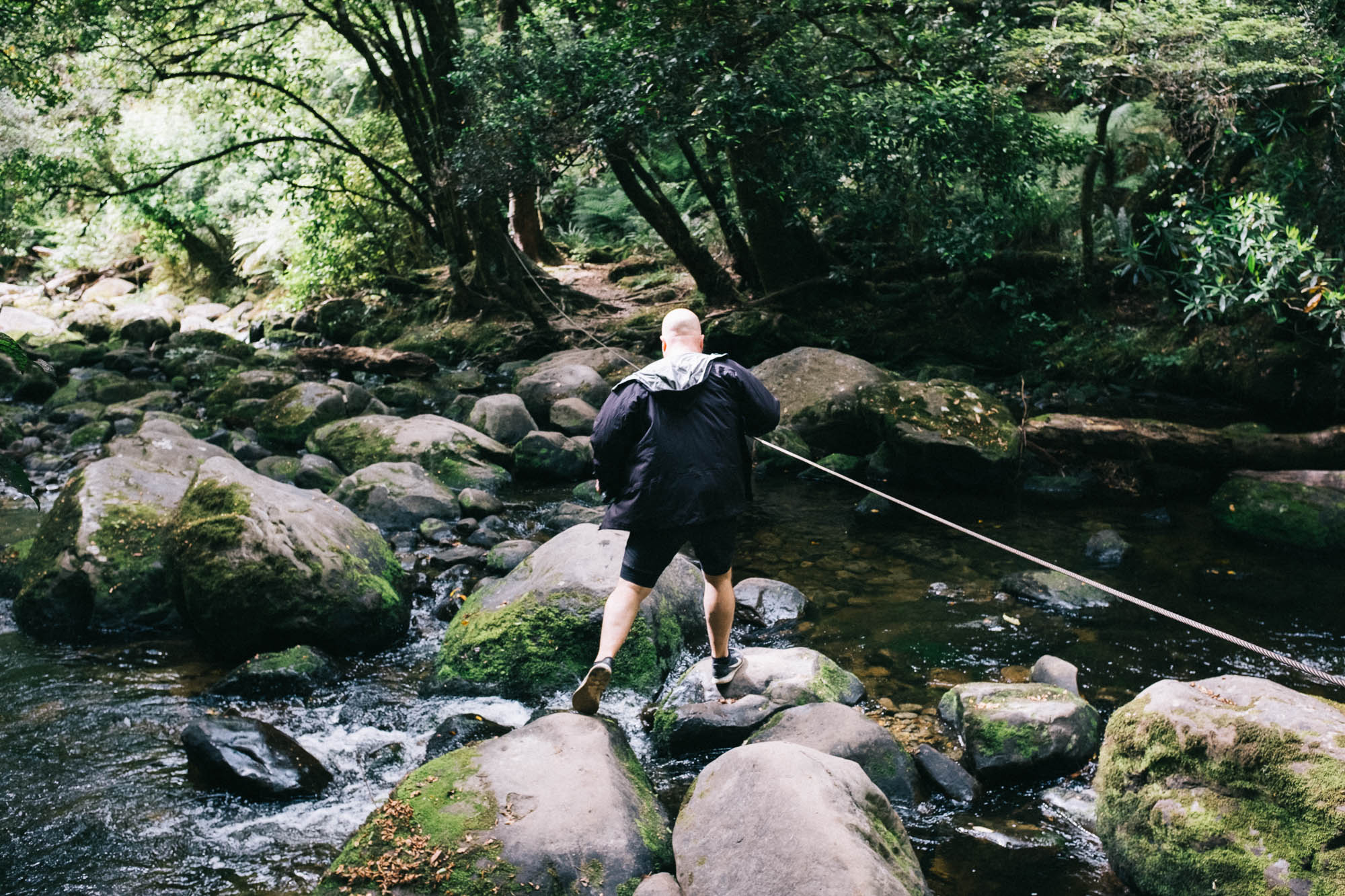 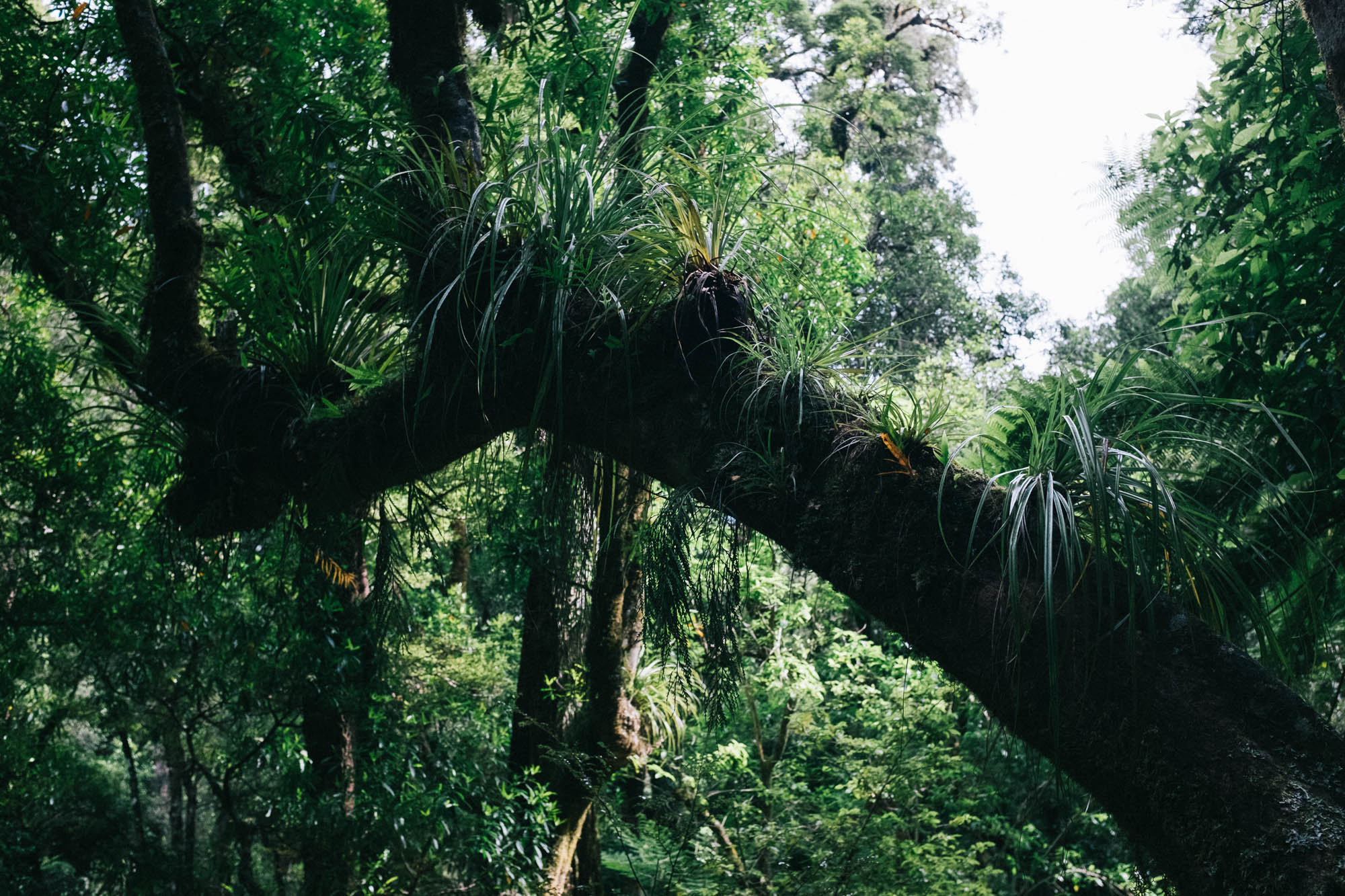 There’s more up-and-down today than I was expecting, and I definitely lose my sense of humour at moments on the track. I might also have done a bit of swearing (inside my head). Today our packs feel heavier, even though we’ve already eaten two days of food.

We catch a few glimpses of the lake on our way around to the next hut and again get to walk through stunning beech forests that are soft underfoot. Marauiti is a smaller hut than the other two we’ve stayed in with a small common area and one bunk room and I’ve never been so happy to take my pack off and stick my feet in the lake to cool down. I think it’s my favourite of the three huts so far – it has the most stunning view out the windows which is great as the inside of the hut is an interesting shade of green. 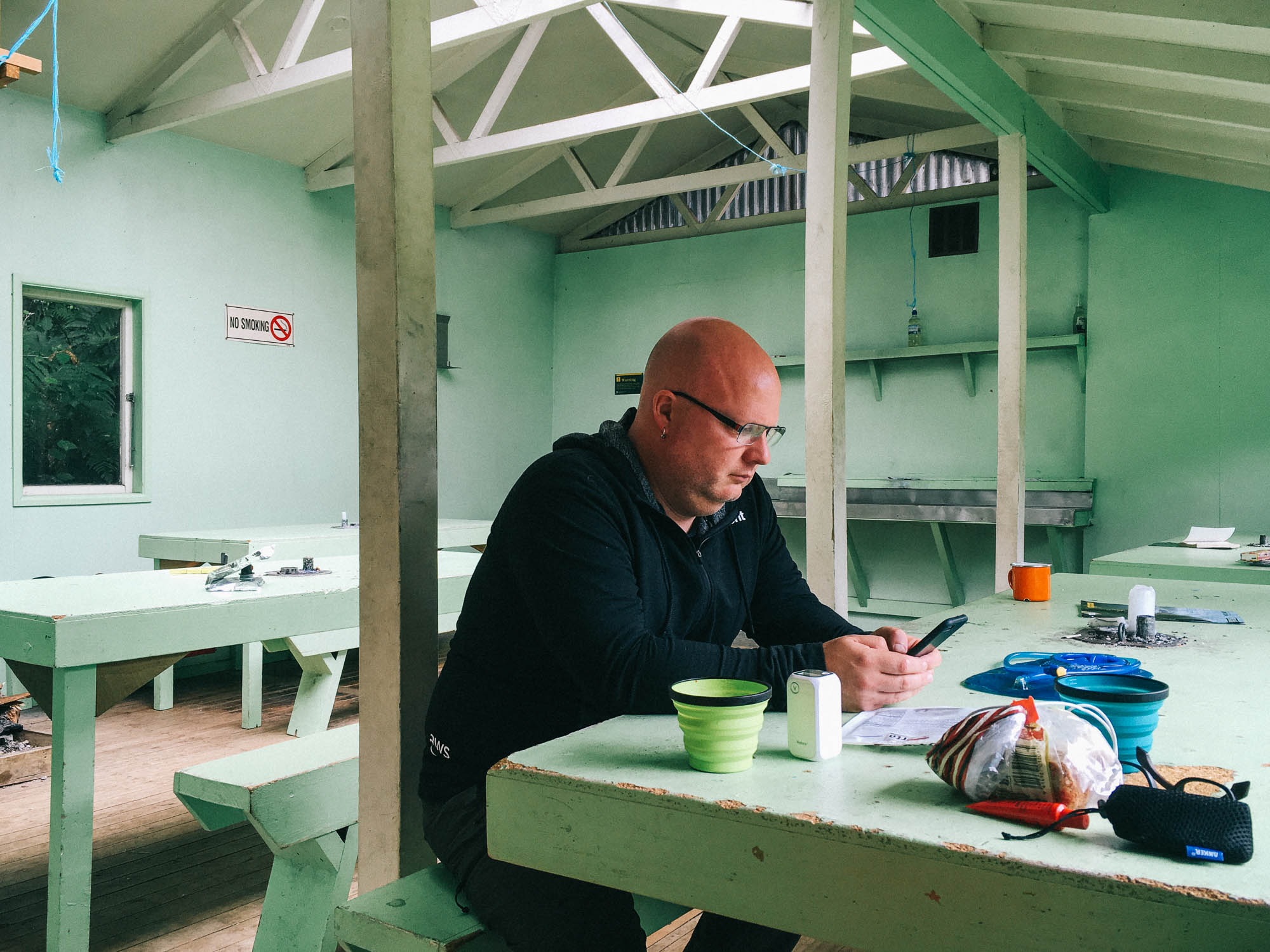 The water in the taps here is a little off colour and tastes a bit strange, but the DOC guy who came to check out the hut said it’s safe enough and it’s just leaf litter, so we drink it anyway.

Again the hut is full and we discover that a family of six that turns up later in the day is also from Waiheke! And they’re not the only ones – on the first day we were passed by a guy we used to go to the gym with, and one of our local real estate agents is also walking the track. He’s doing it in style with his pack being transferred from hut to hut. That’s a high ratio of Waihekeans down here in amongst the other 20 or so travellers we’ve met.

It starts raining in the afternoon and the forecast was for thunderstorms, but they never eventuate. After another early dinner and a few more hands of canasta, we’re in bed again before 9pm. 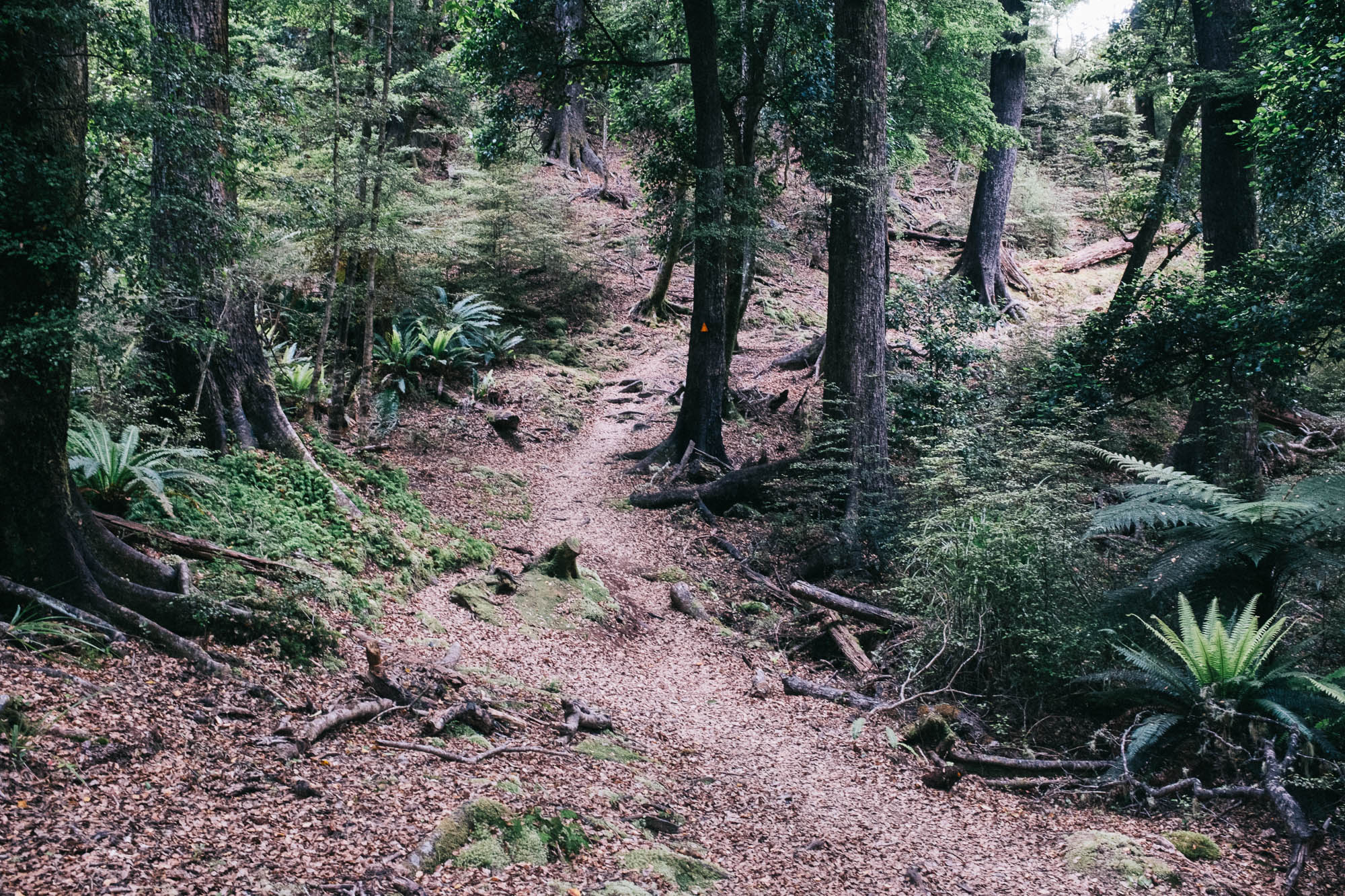 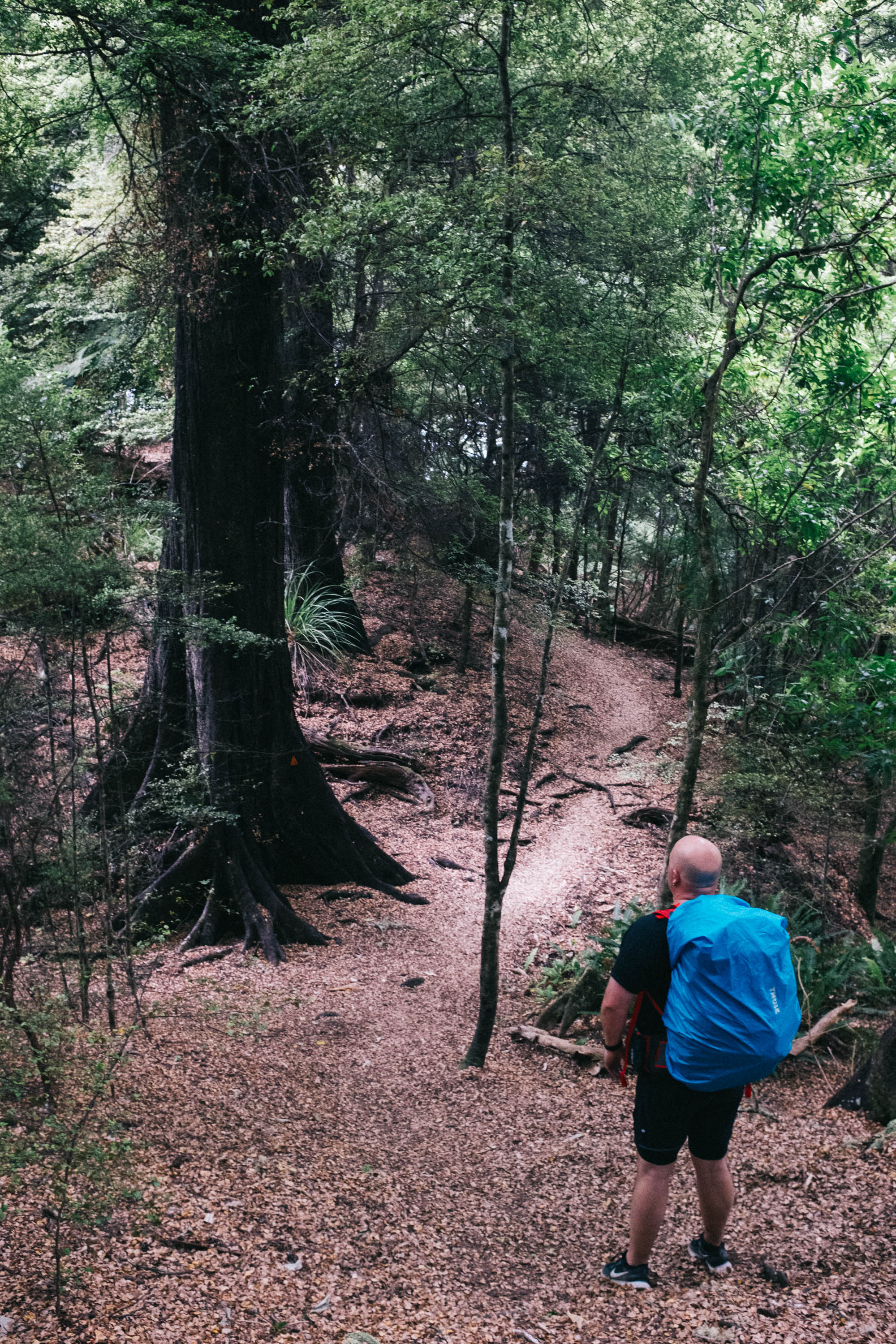 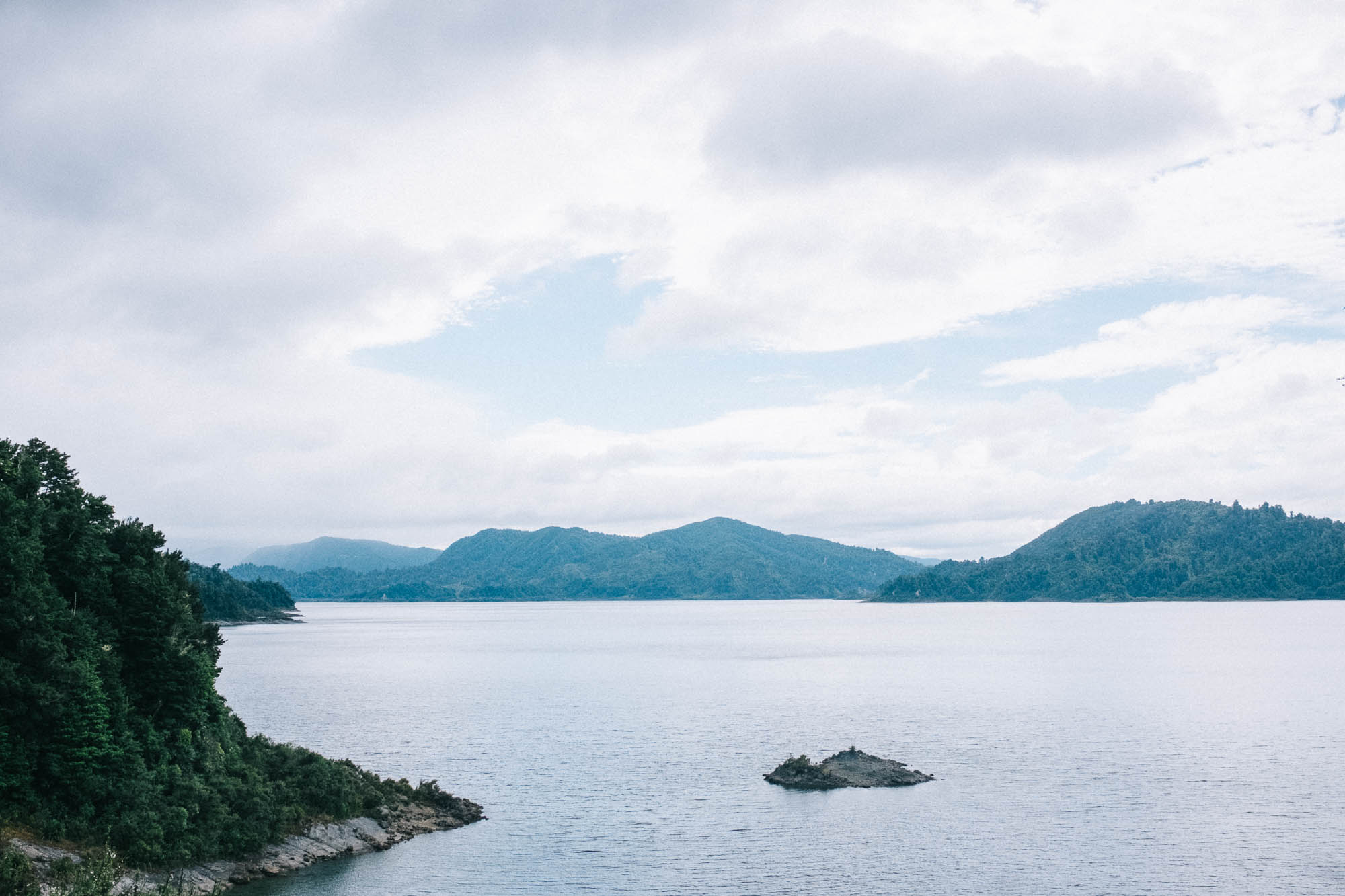 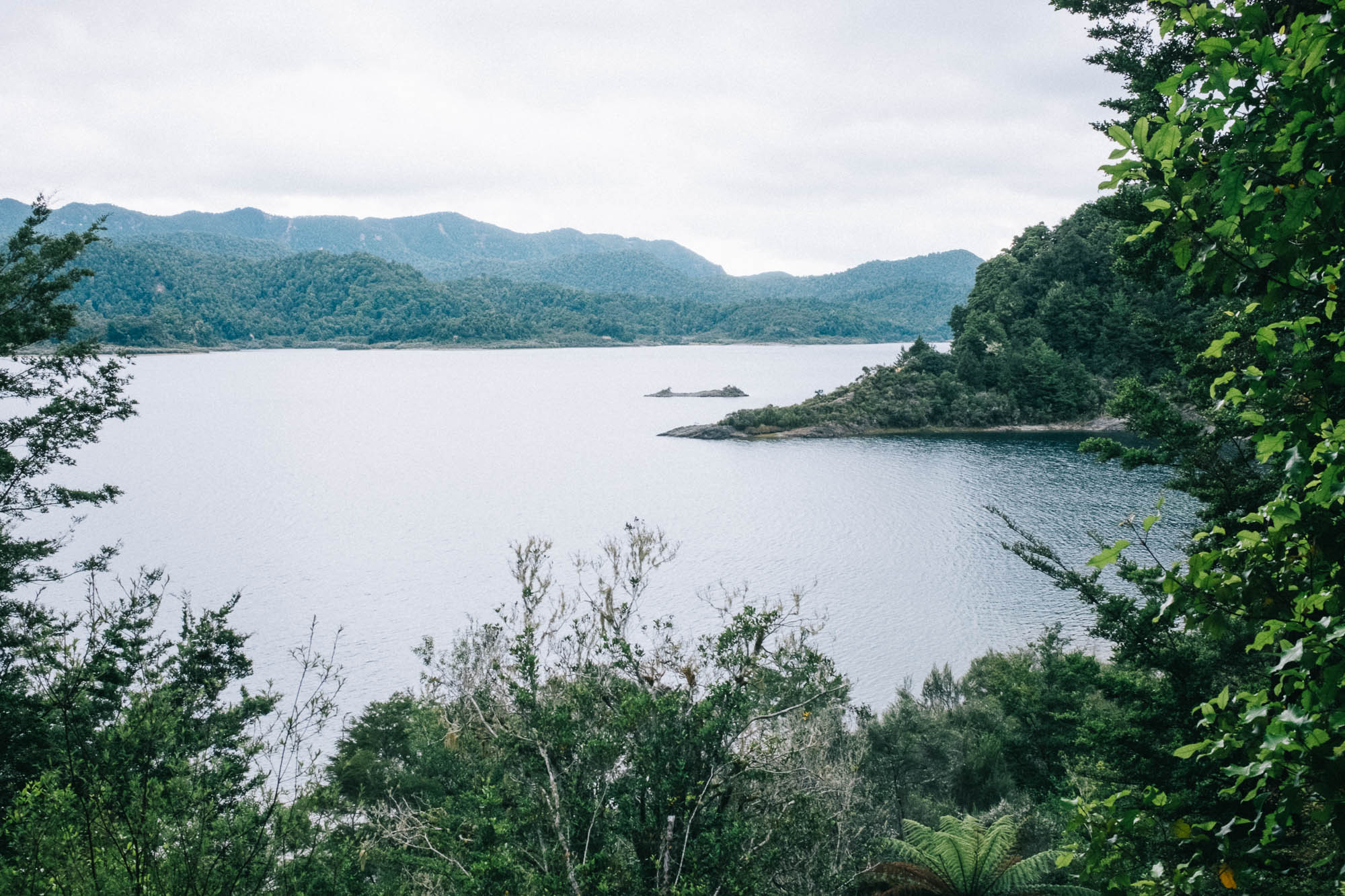 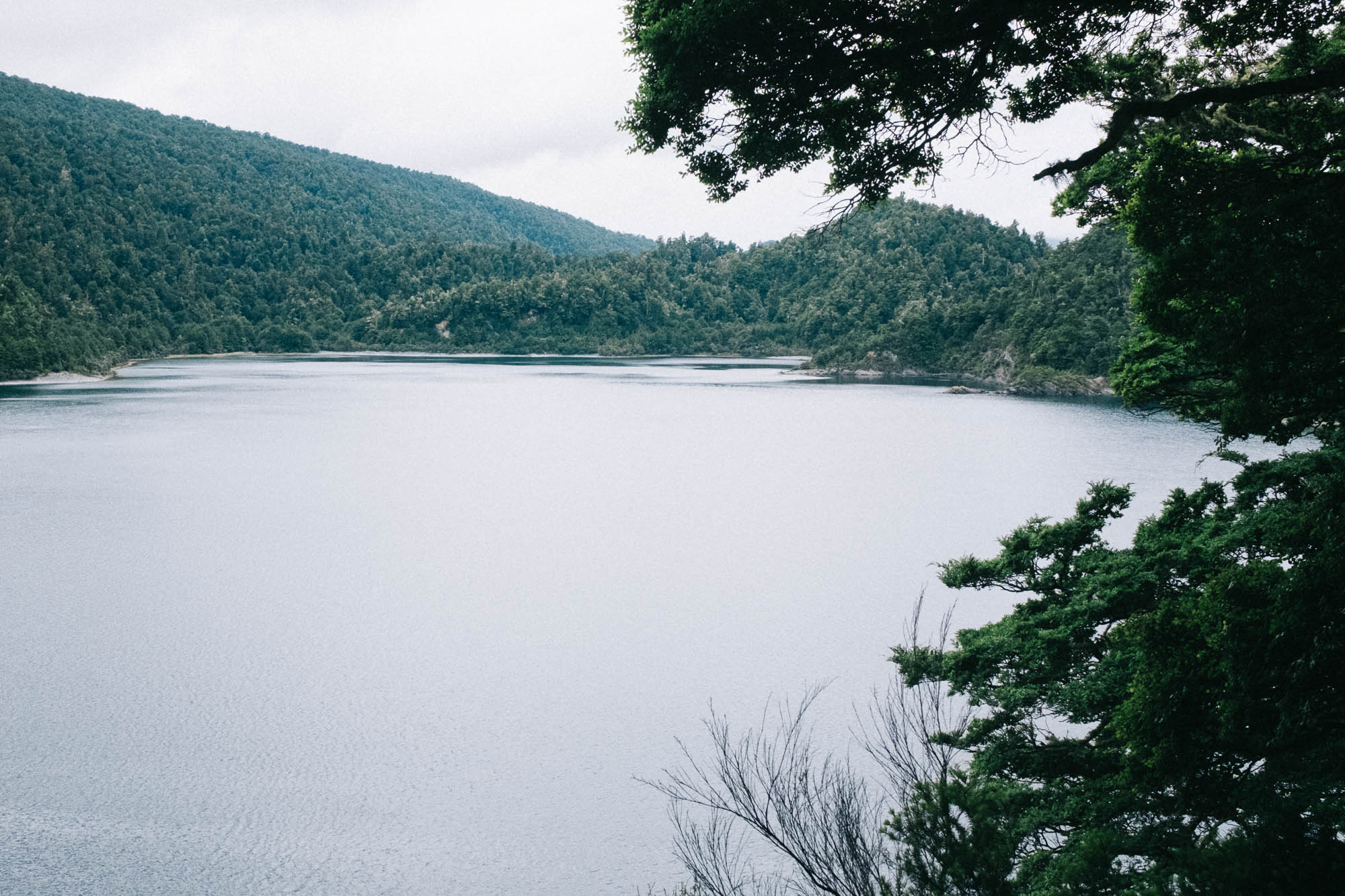 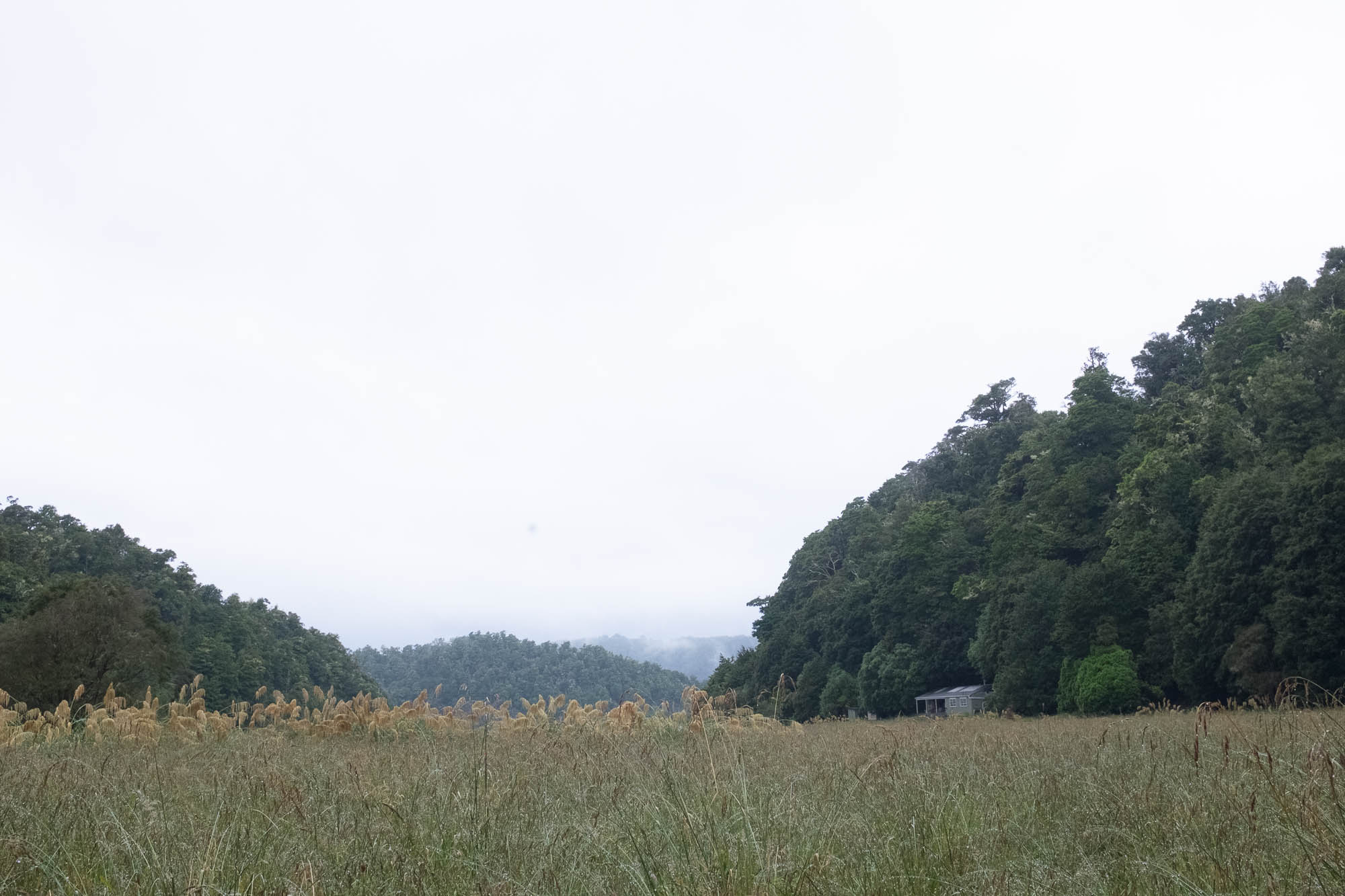 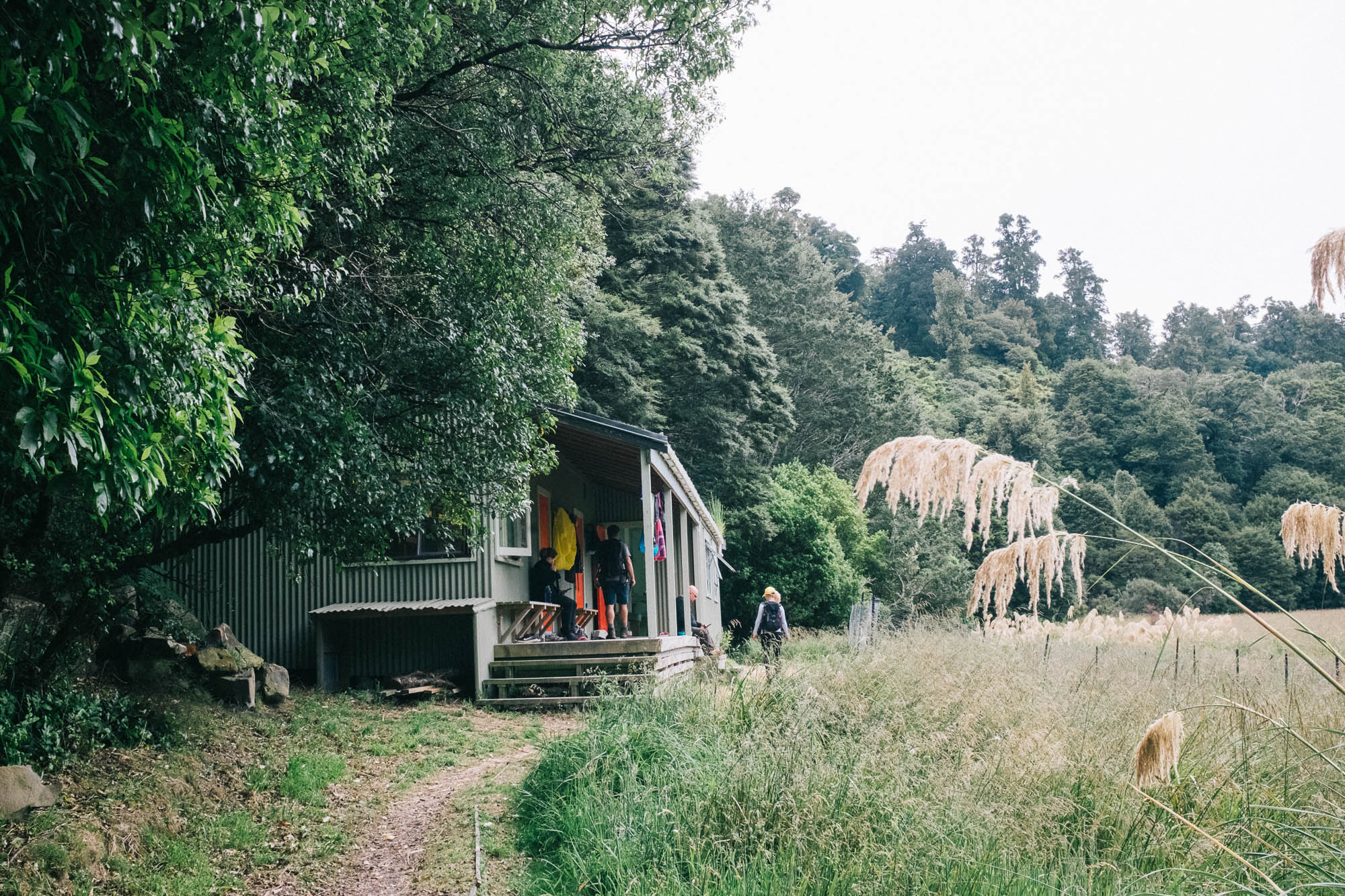 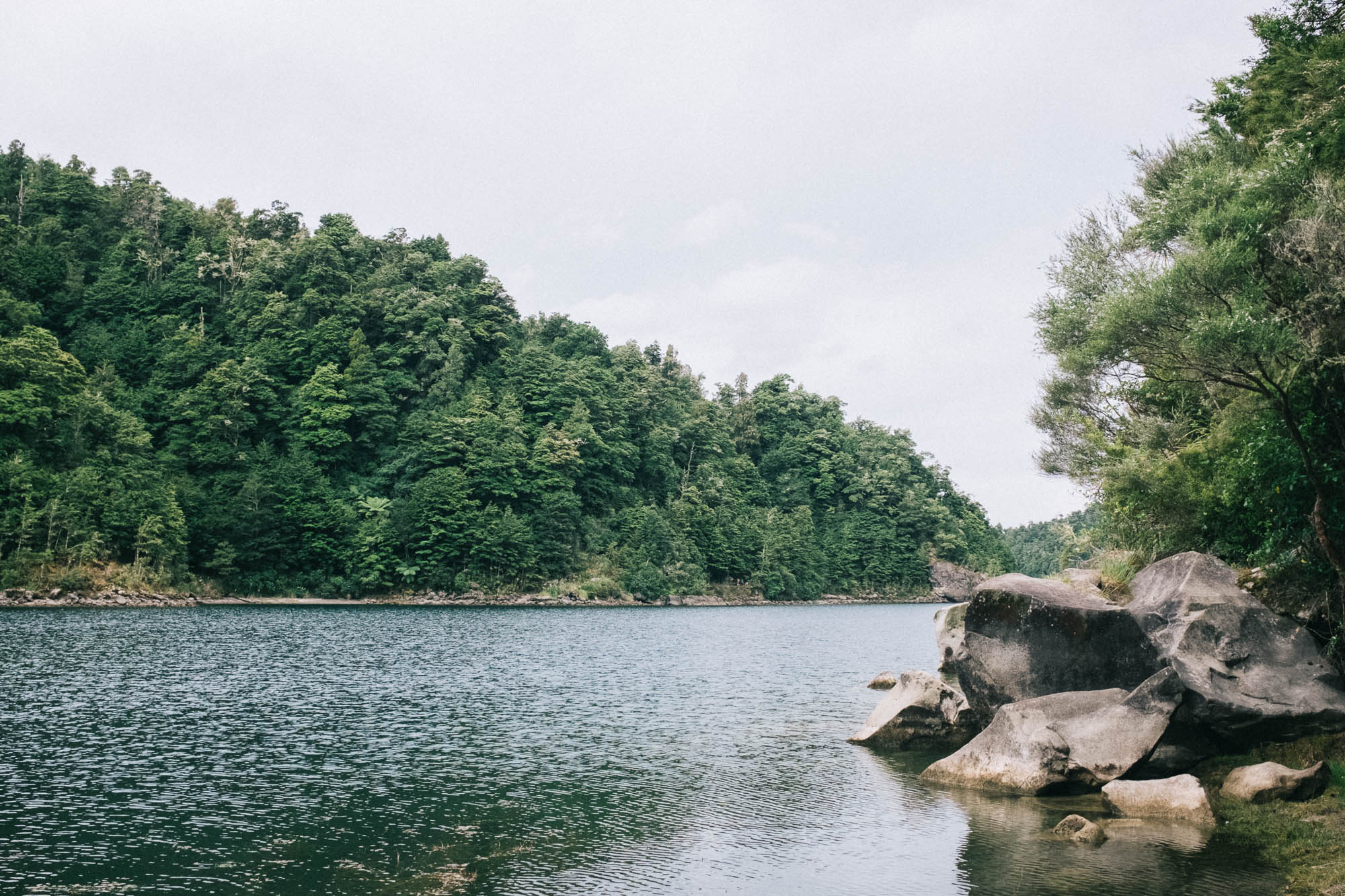 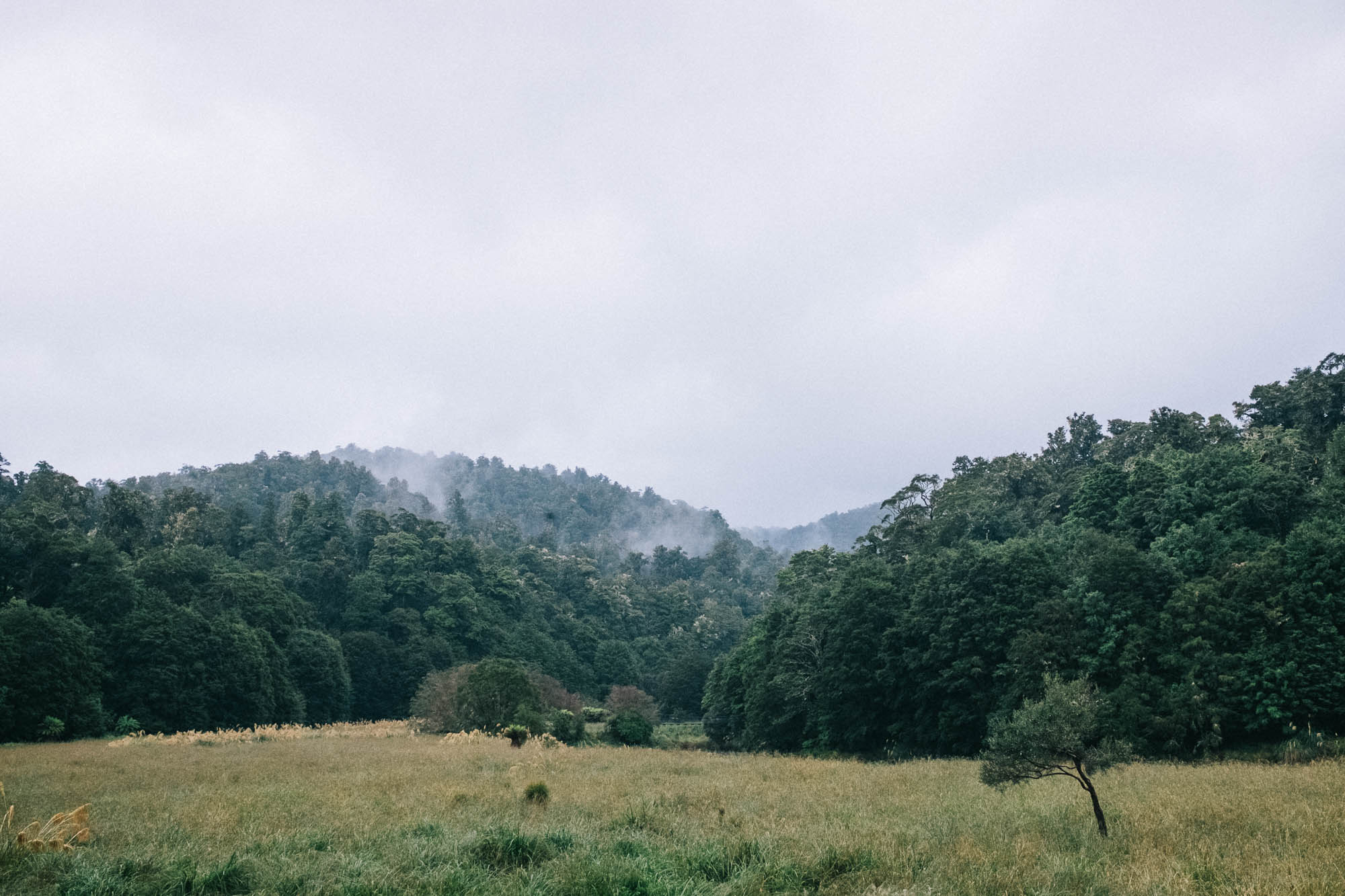