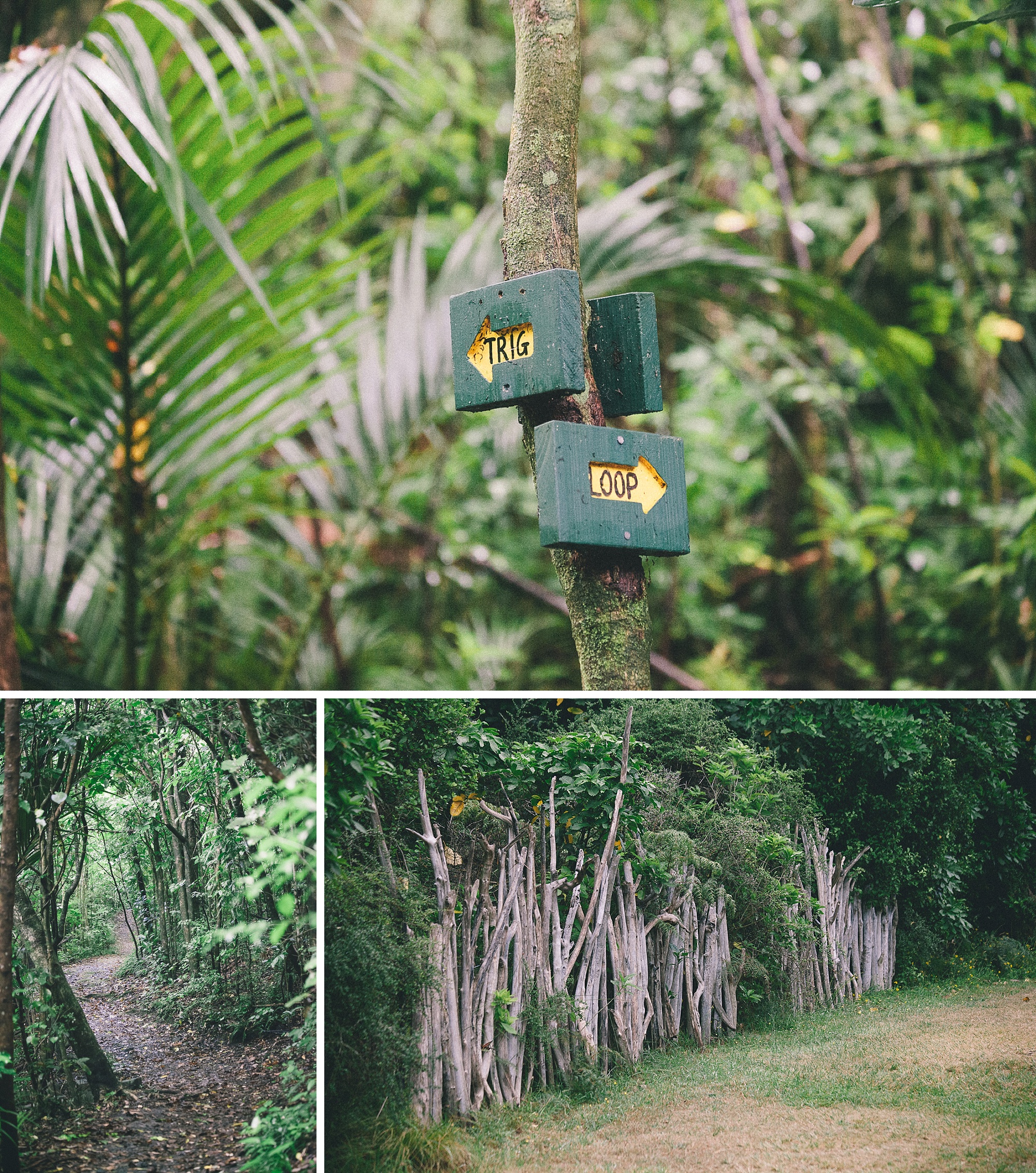 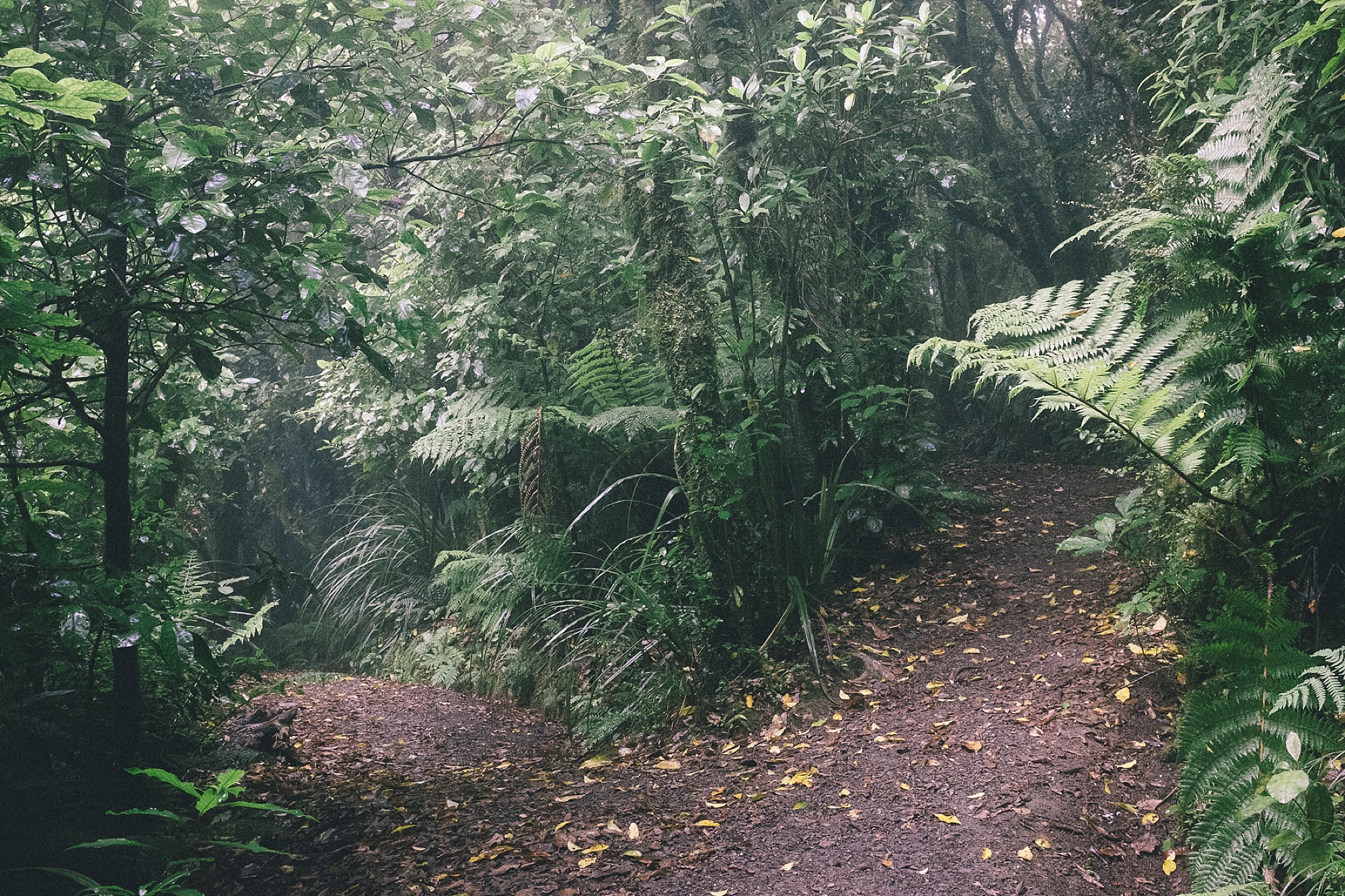 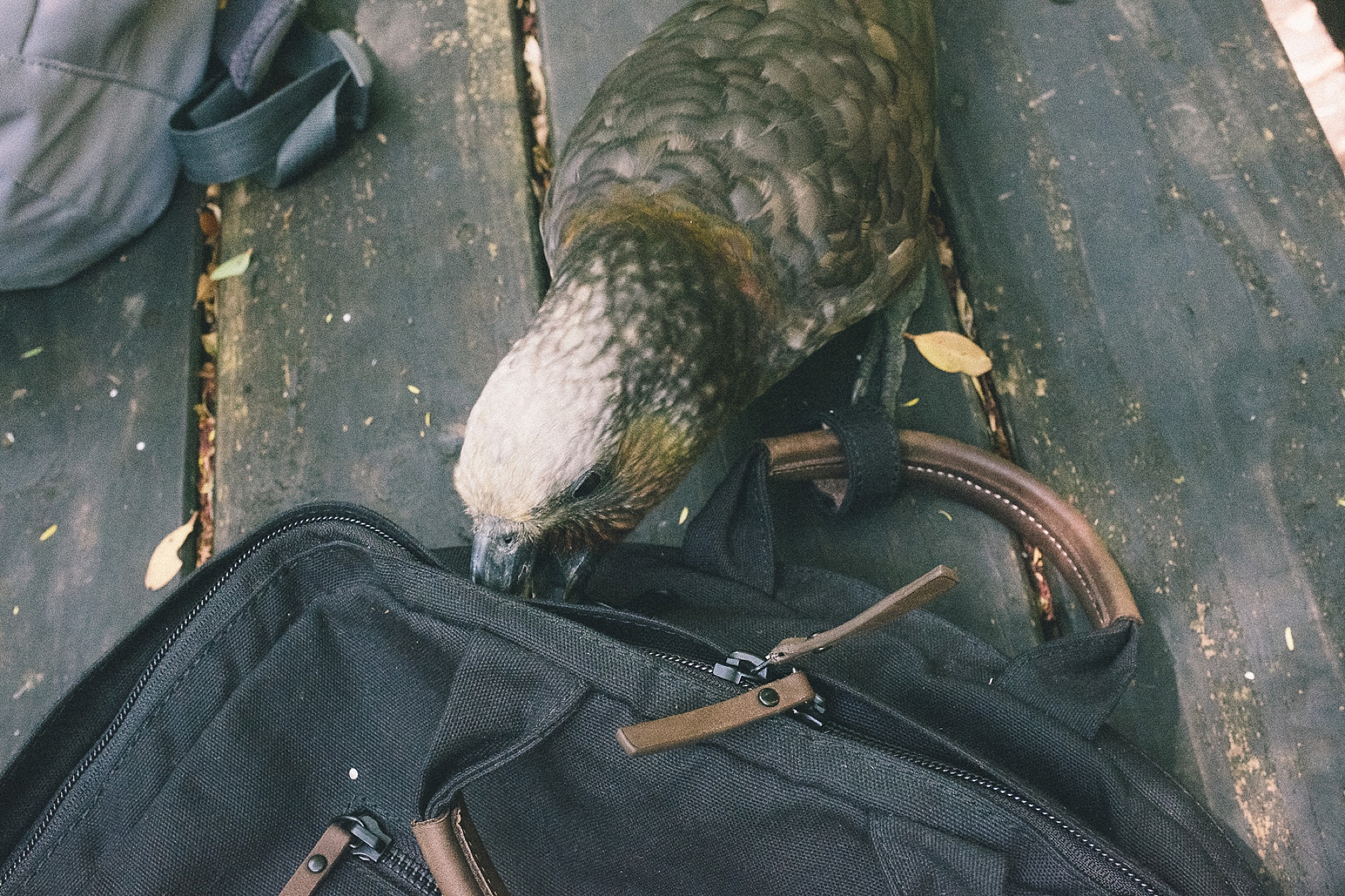 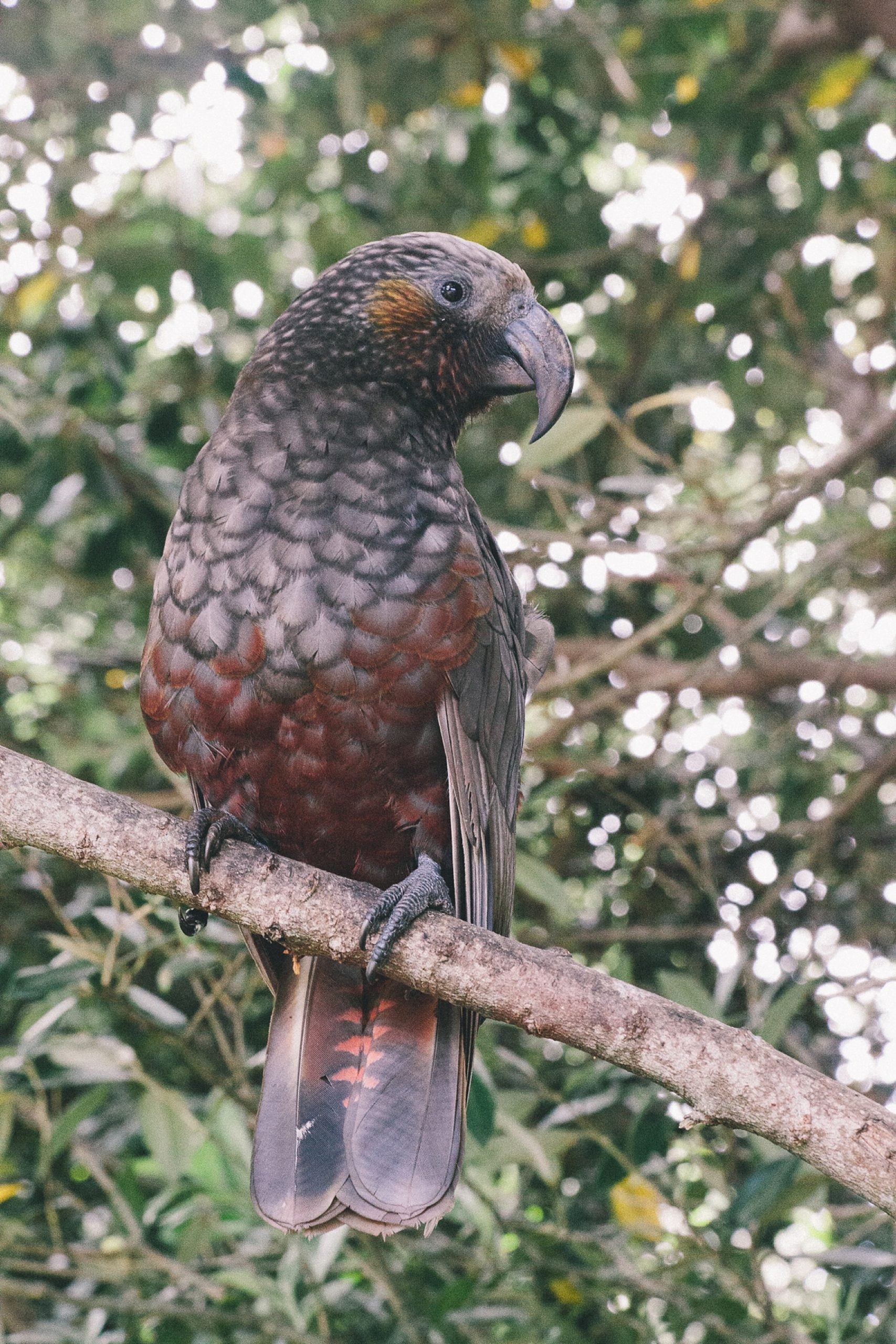 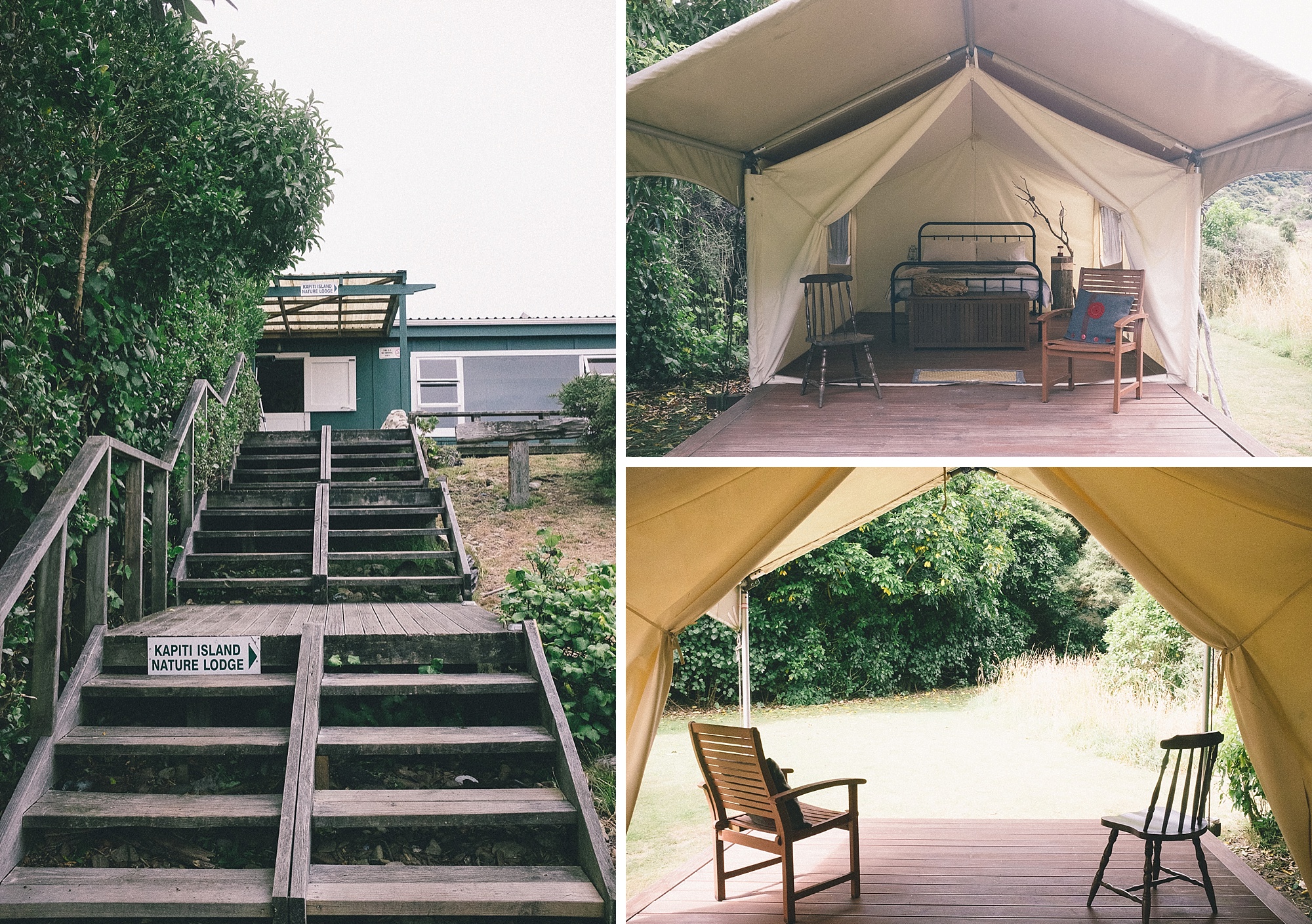 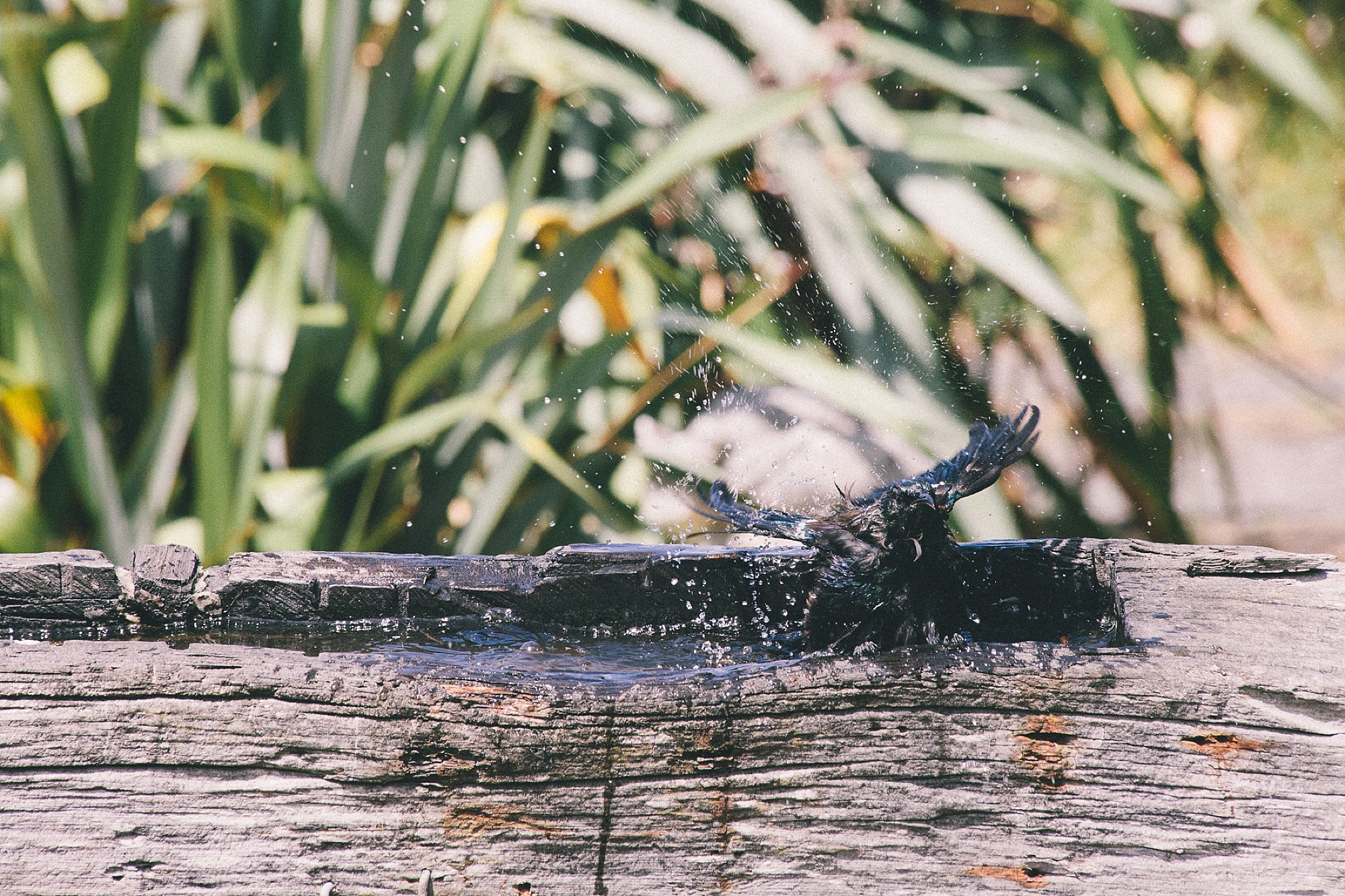 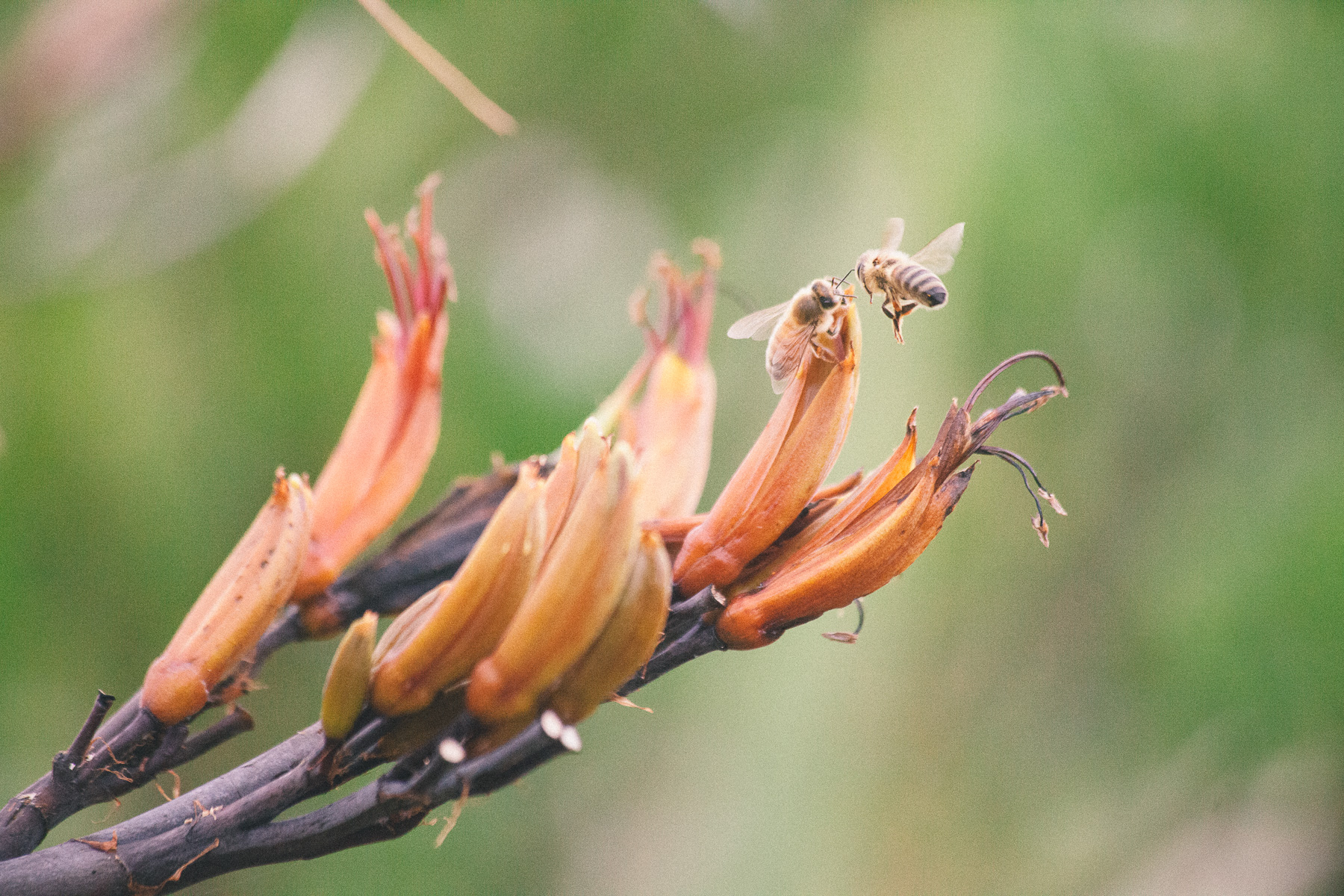 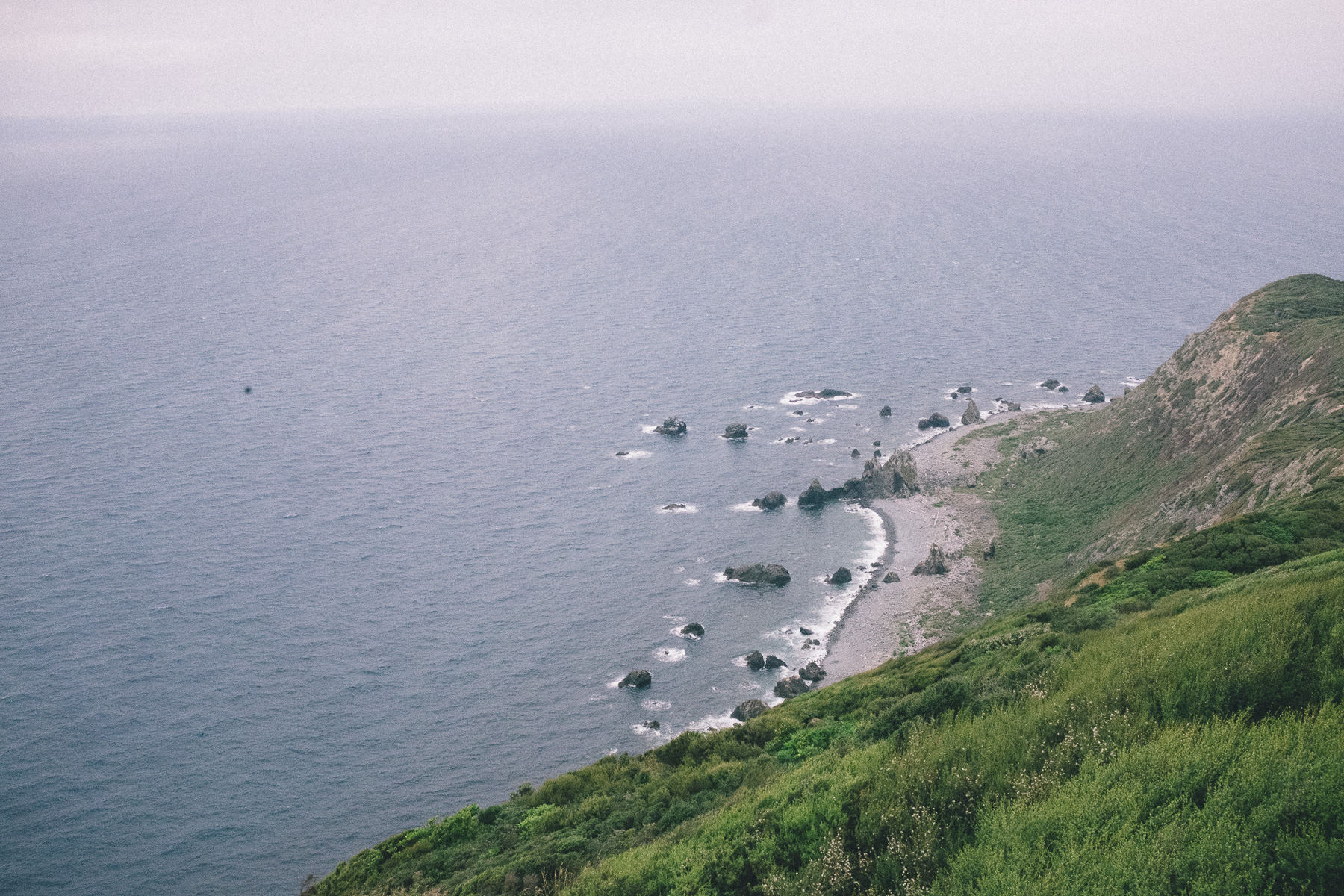 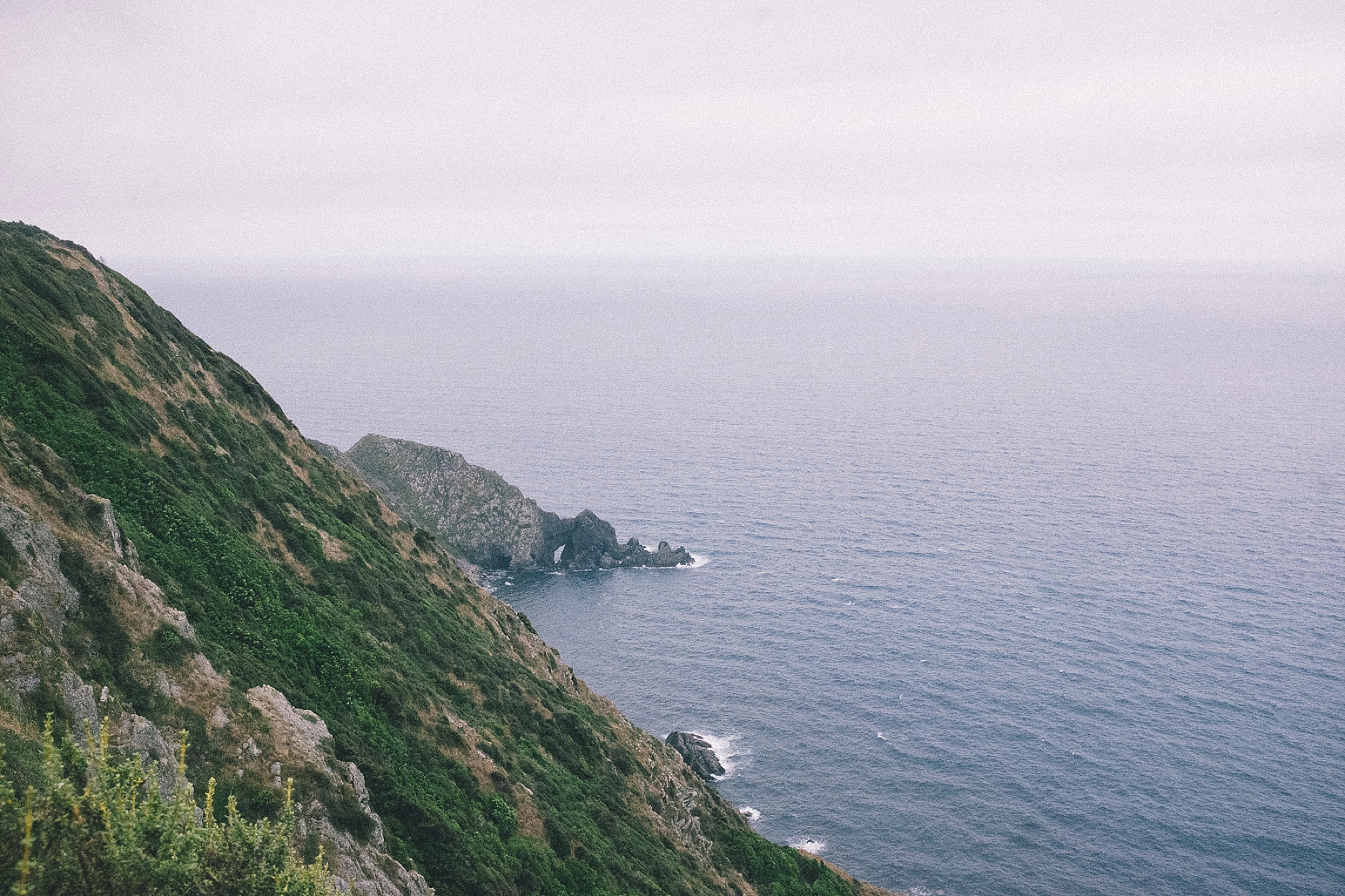 in terms of places to spend a wedding anniversary, this one was pure magic.

yesterday, after packing the car and saying goodbyes to mother, we drove south to paraparaumu where we went through a biosecurity check and hopped on the boat to kapiti island – a predator-free nature reserve. the island has a pretty special history associated with it and it’s thanks to the foresight and dedication of some remarkable people that the island boasts it’s nature reserve status and thriving birdlife.

we’re spending almost two days here on the island – the first morning and afternoon in the rangatira area. after we land, we spend the first half an hour or so learning a little about the history whilst long tailed cuckoo call and swoop in the trees above us. talk done, we opt to head up the steep and slippery trig track to the tuteremoana lookout, the highest point on the island at 521 metres above sea level. a blanket of mist wraps itself around kapiti’s shoulders like a feathered cloak and my body becomes a heavy breathing beast, covered in sweat and precipitation. it’s certainly not the first time, and won’t be the last that i have this dishevelled appearance, and i don’t care. this elemental place and the hush that the mist brings add to the sense of otherworldliness here.  every now and again we stop to catch our breath, speaking in quiet voices, listening to the birdlife and the sounds of the forest. we encounter weka and curious robins and hear bellbirds singing in the bush around us. towards the top of the trig track we stop for a while at the hihi feeding station watching birds flit and out. after joining the wilkinson track, the walk to the top becomes a little easier and it’s not long until we reach the lookout. there’s no view up here though, the clouds obscuring everything that’s not just a few metres in front of us.

after a sit down to eat our lunch, entertained by a couple of cheeky wekas very keen to eat whatever they can get their beaks on, we head back down via the wilkinson track. this one is longer and the incline more gentle. about an hour back down the sun comes out and we are rewarded with views down to the water and back to the mainland as we descend. we stop at another hihi feeding station on the way down where a juvenile weka snuffles around our feet and a very hilarious kaka spends some time trying to get into our bags!

back down at sea level we have about 30 minutes to laze around in the sunshine before we’re picked up again and taken to waiorua bay at the northern end of the island where we’re going to stay the night. this part of the island is still privately owned, which is why it’s possible to stay here – this land has been in the same family for generations and it feels like a very special privilege to be have their ancestral home shared with us like this.

our overnight bags were waiting for us at the lodge and we check them again to make sure there’s no stowaways that could harm this environment, then we’re given a brief history of the island community before being shown to our accommodation. this whole place runs on solar power and the water comes from tanks (like we have at home), but it feels luxurious. there’s even hot showers here (which neither of us expected and was a welcome surprise). from here on, all our meals are provided, including pre-dinner wine, beer and nibbles, a full cooked dinner, breakfast and hot lunch. the food is seasonal, served buffet-style  the buffet loaded with more food than any of us can get through. we’ve got a safari tent as our home for the night and it’s not long before we get some curious visitors stopping in to say hello.

after dinner, and a change into warmer clothes, we meet back at the lodge to go kiwi spotting. the island is home to around 1,200 little spotted kiwis and though we hear loads of them and see the bushes moving as they run, we don’t actually see one, so we head to bed around 1am.

this morning nic finds a weta in his shoe as we’re preparing to head out to do the loop track at this end of the island. it’s a much more gentle climb today but it’s still hot work. this time, there’s no cloud cover so we’re rewarded with views down the cliffs on the side of the island that faces away from the mainland.

we say our goodbyes to the island after lunch and head back to the mainland on the afternoon boat. this evening, as our adventures continue, we’re going somewhere else remote – a tiny bach in a secluded bay on the south coast of wellington, accessible only by 4wd.