i am awake before the sunrise, our motel room already warm, even though we left the doors and windows wide open all night, falling asleep to a lullaby of waves below us. the pohutukawa are blooming and the warm air is already heavy with bees collecting nectar. it’s too warm to sit in bed with the sun streaming into the room, so i get up and go take a look outside. a gull swoops in to land and is rewarded with bits of my oatcake, clearly not afraid of me and sticking around hopefully for a while in case it gets something else. after breakfast, we head down to the marina at tutukaka, ready to board the perfect day. we’re headed for the poor knights islands – a marine reserve about an hour from the mainland – listed as one of jacques cousteaus top 10 dive sites in the world. 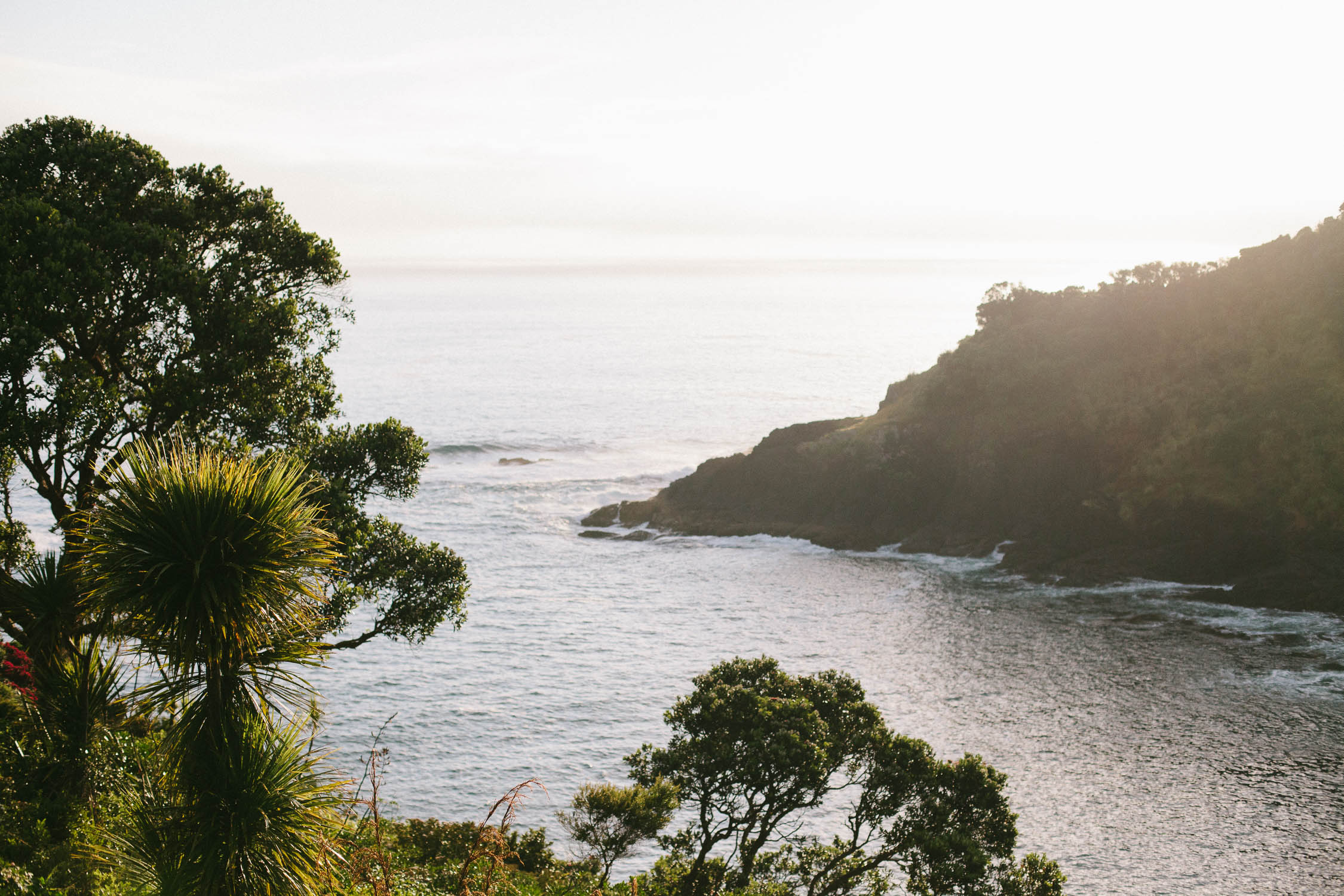 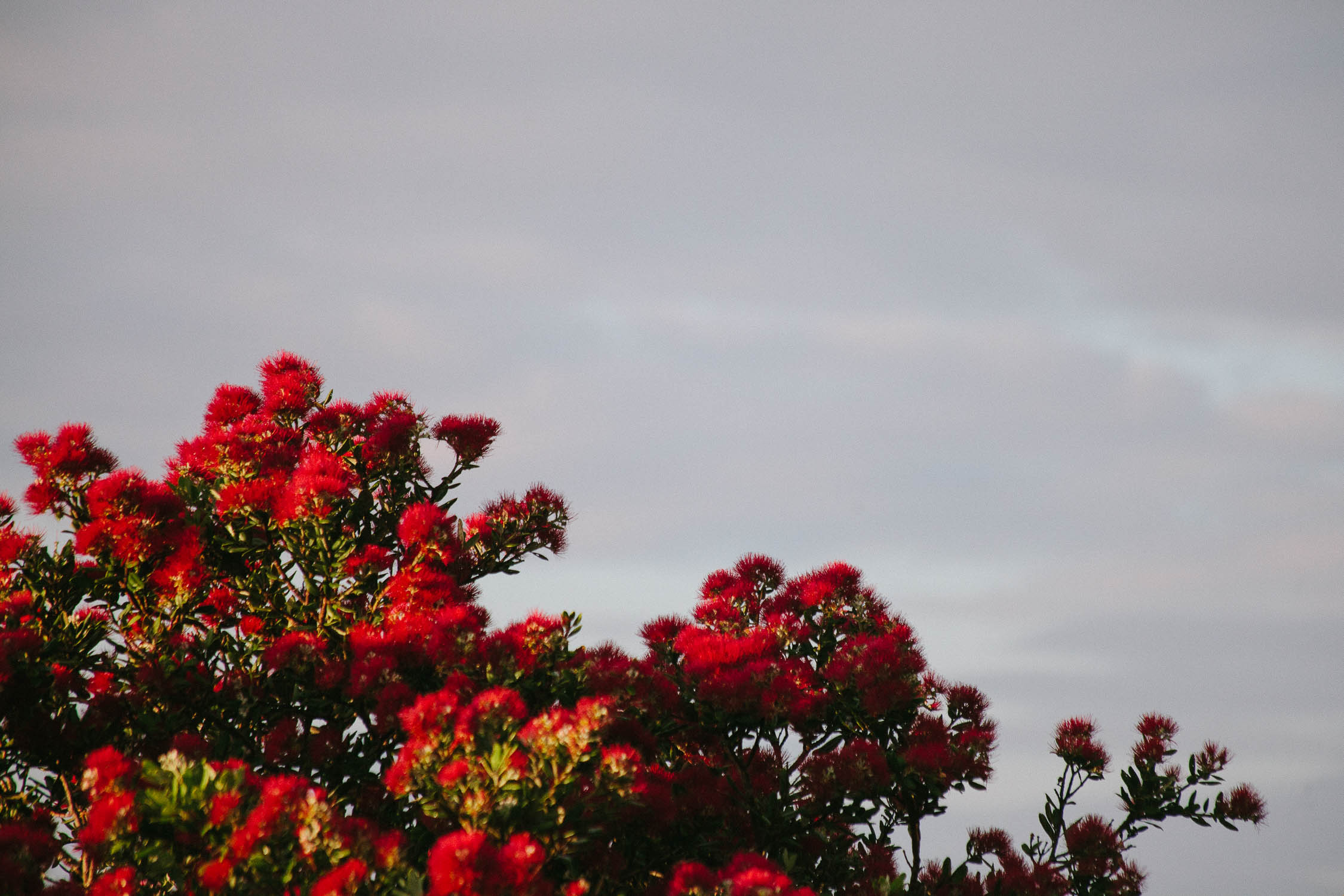 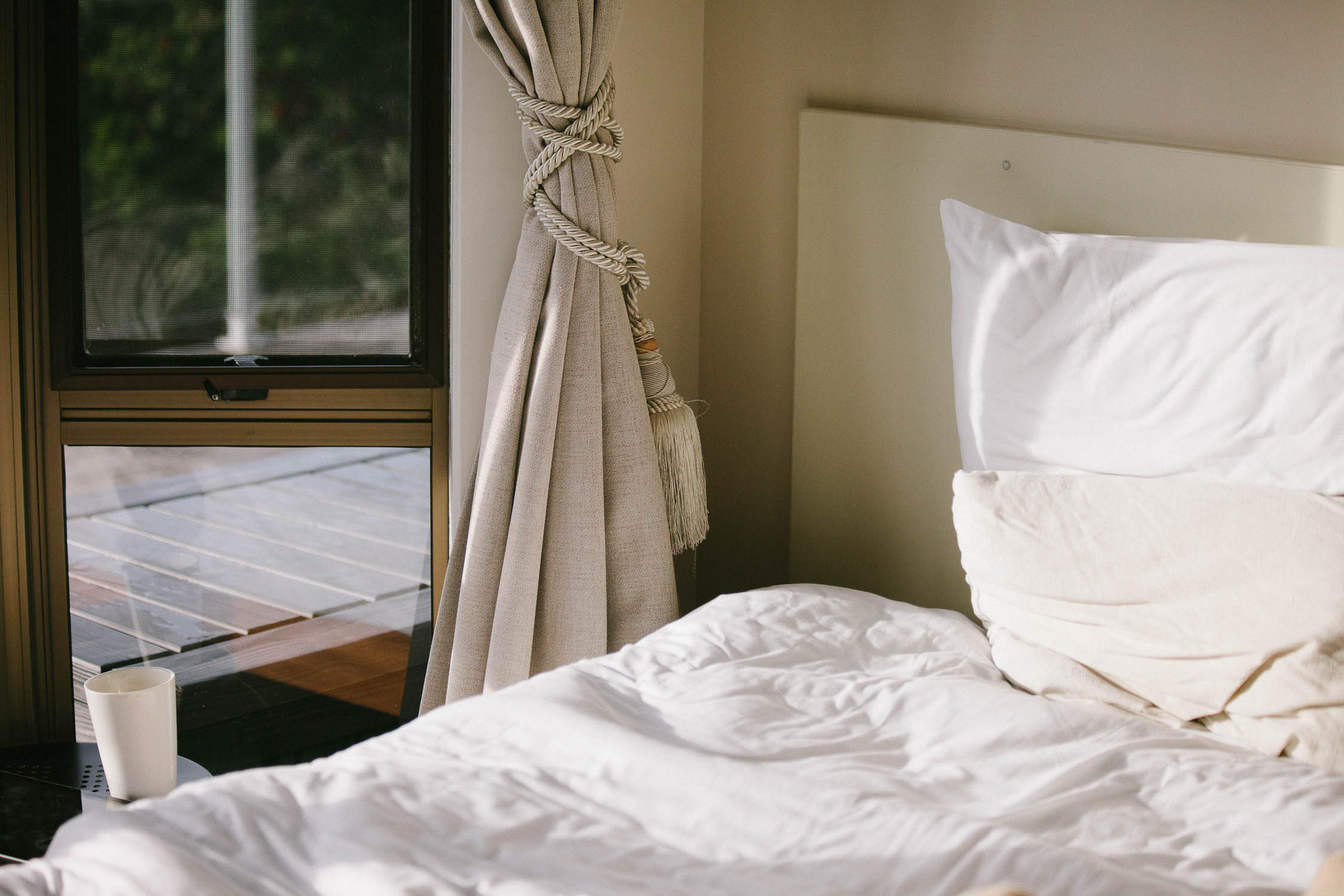 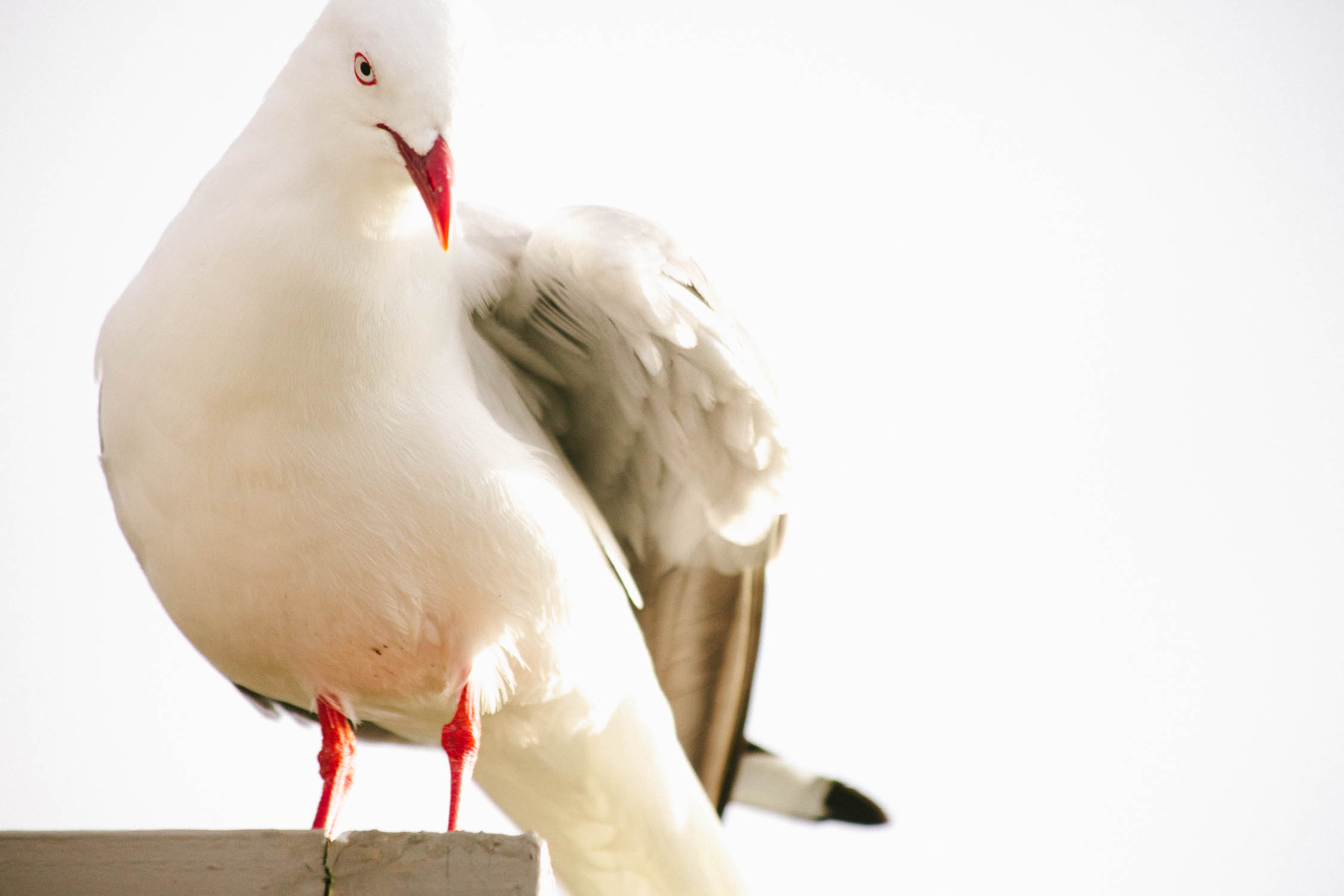 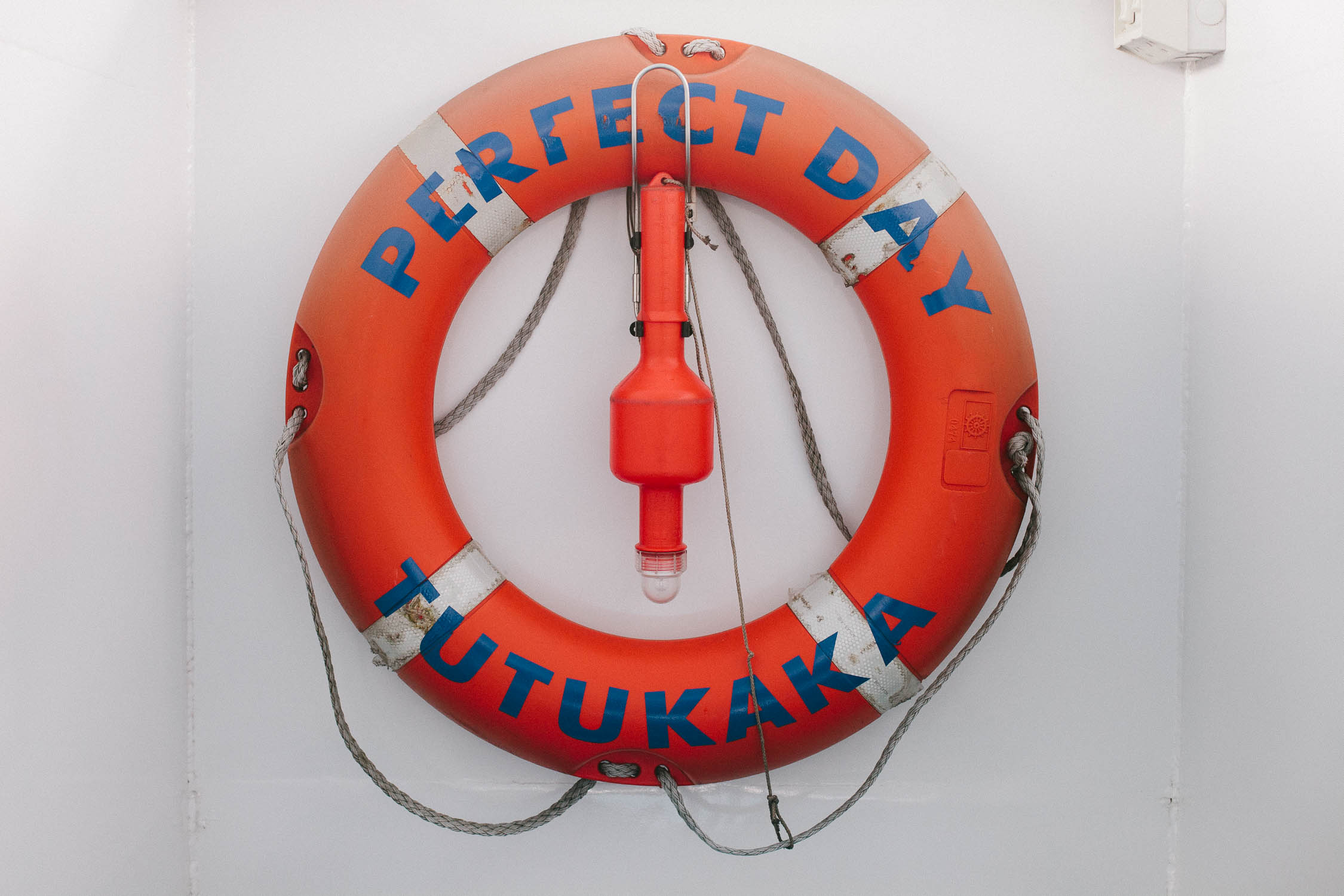 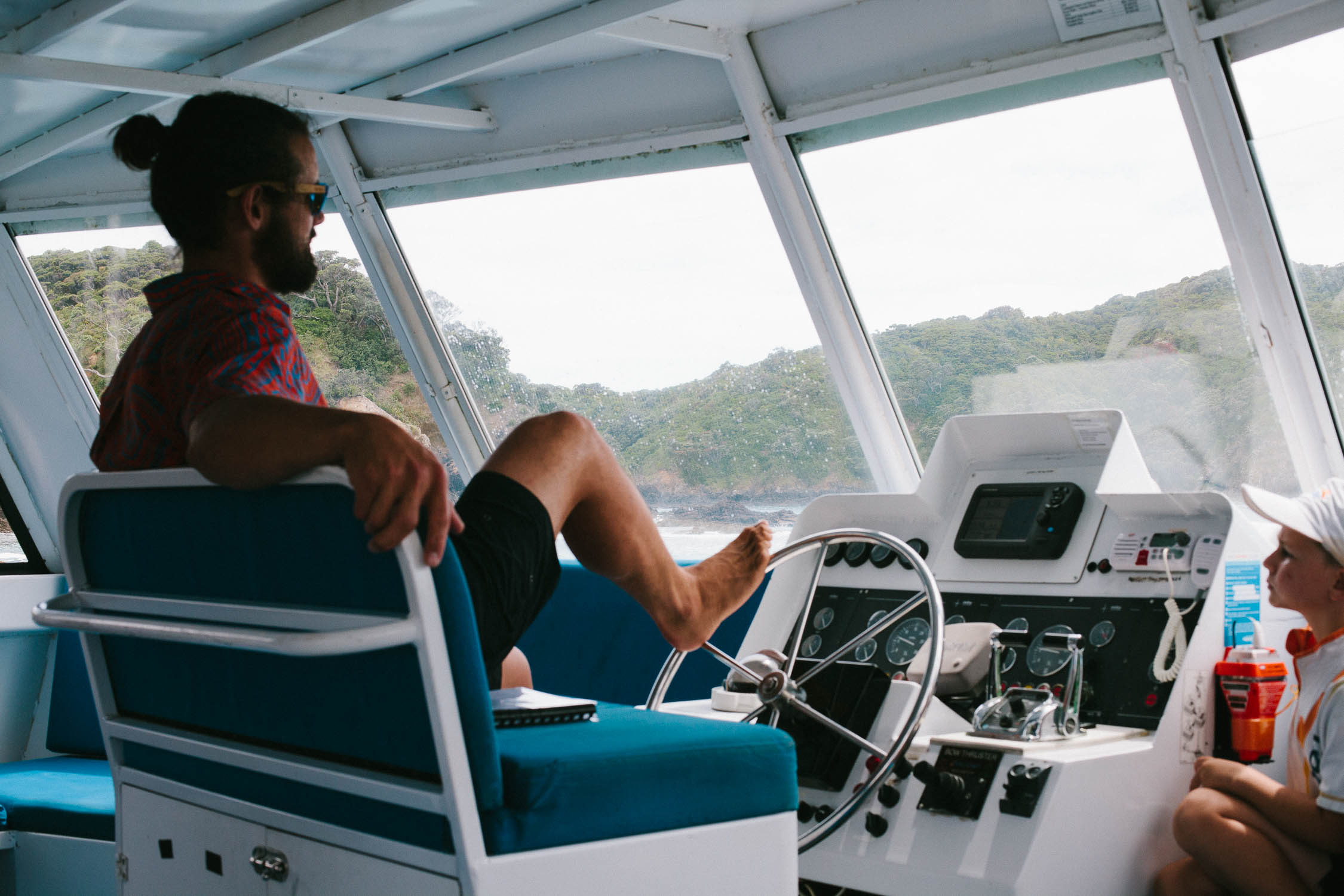 it’s about an hour from the marina out to the islands and the water is mesmerising. i sit, staring at the ocean, watching the waves form along the wake as we travel. we see hundreds of buller’s shearwater along the way, disturbing some into flight. they nest in the poor knights islands, sharing their burrows with tuatara, nz’s largest reptile. 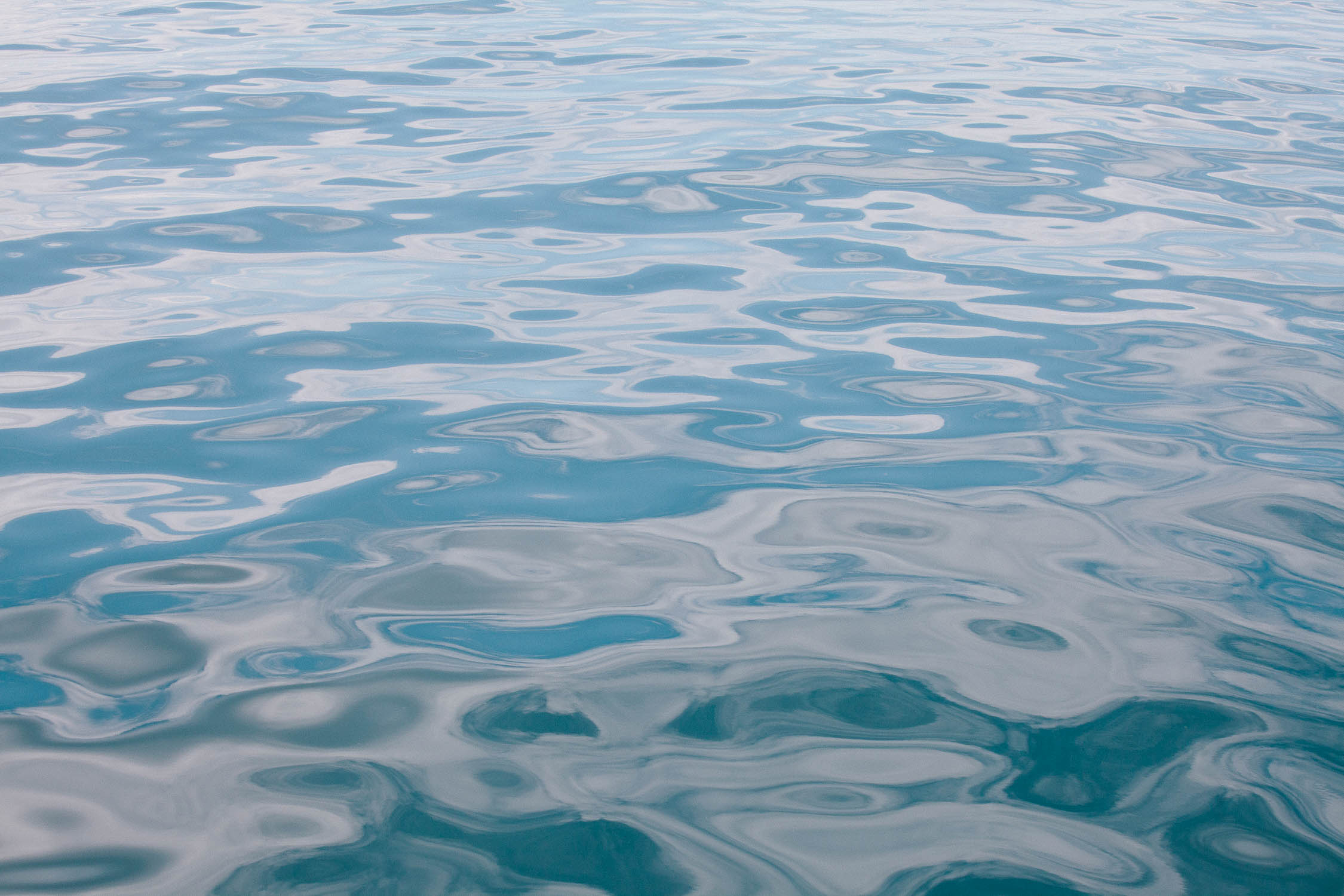 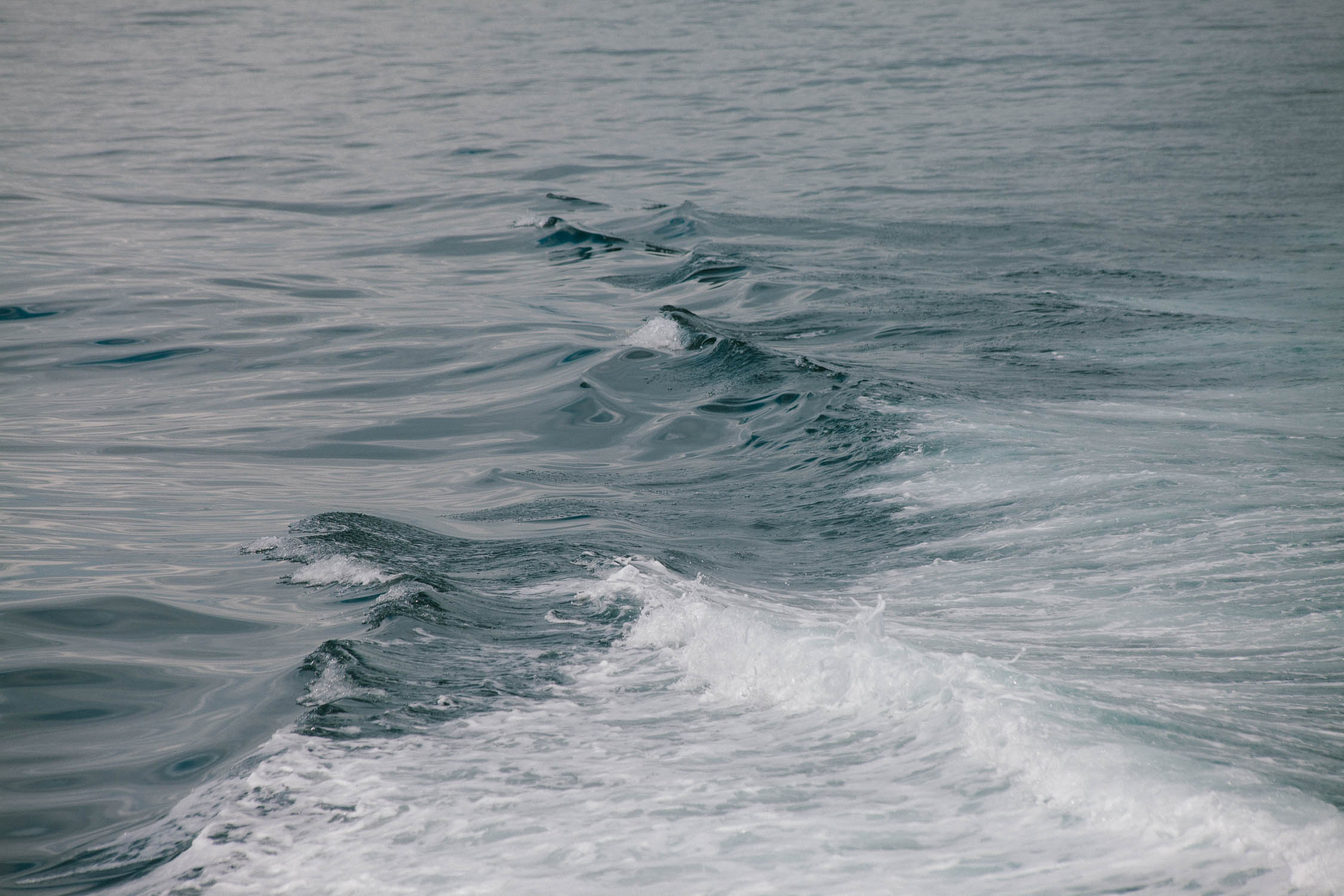 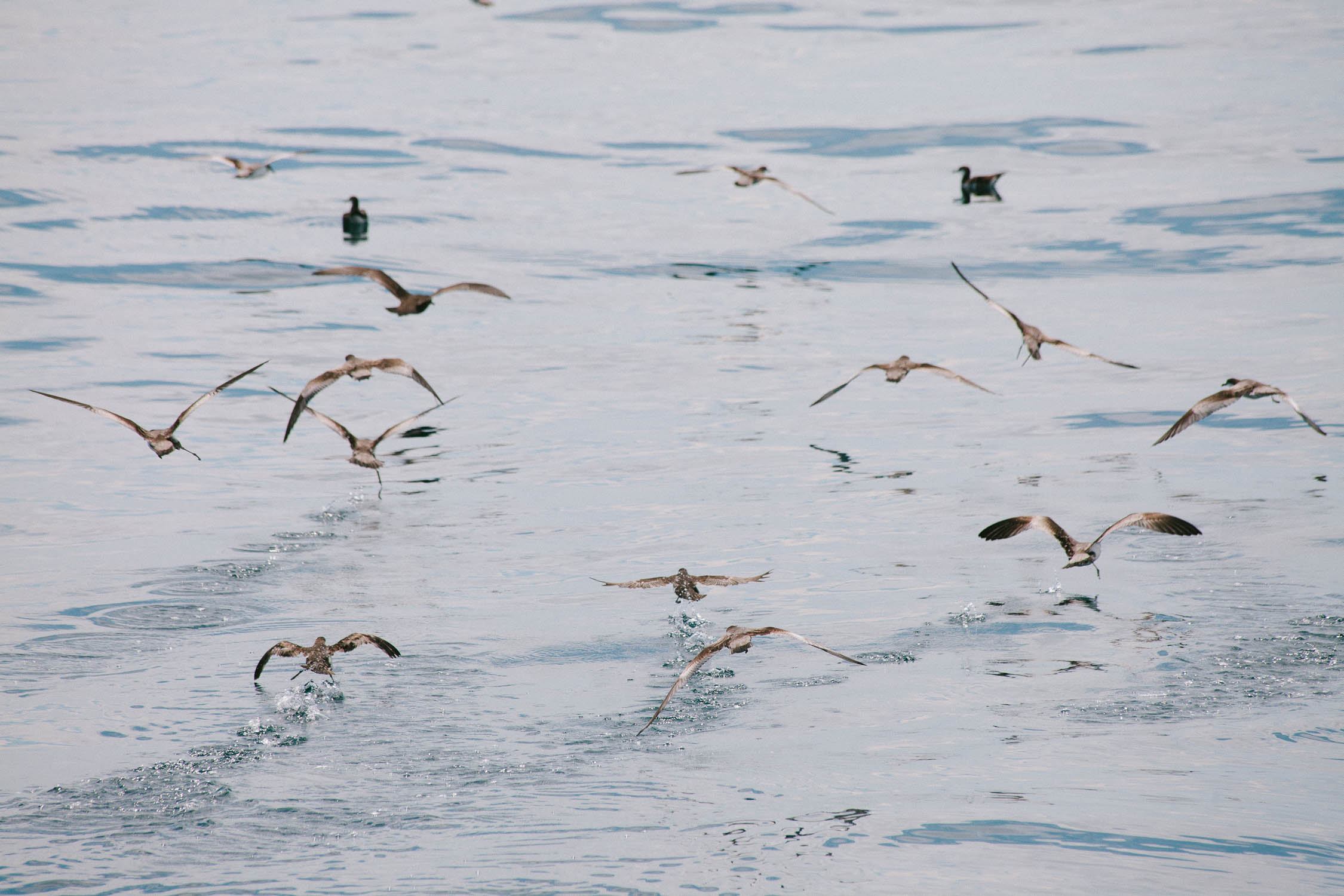 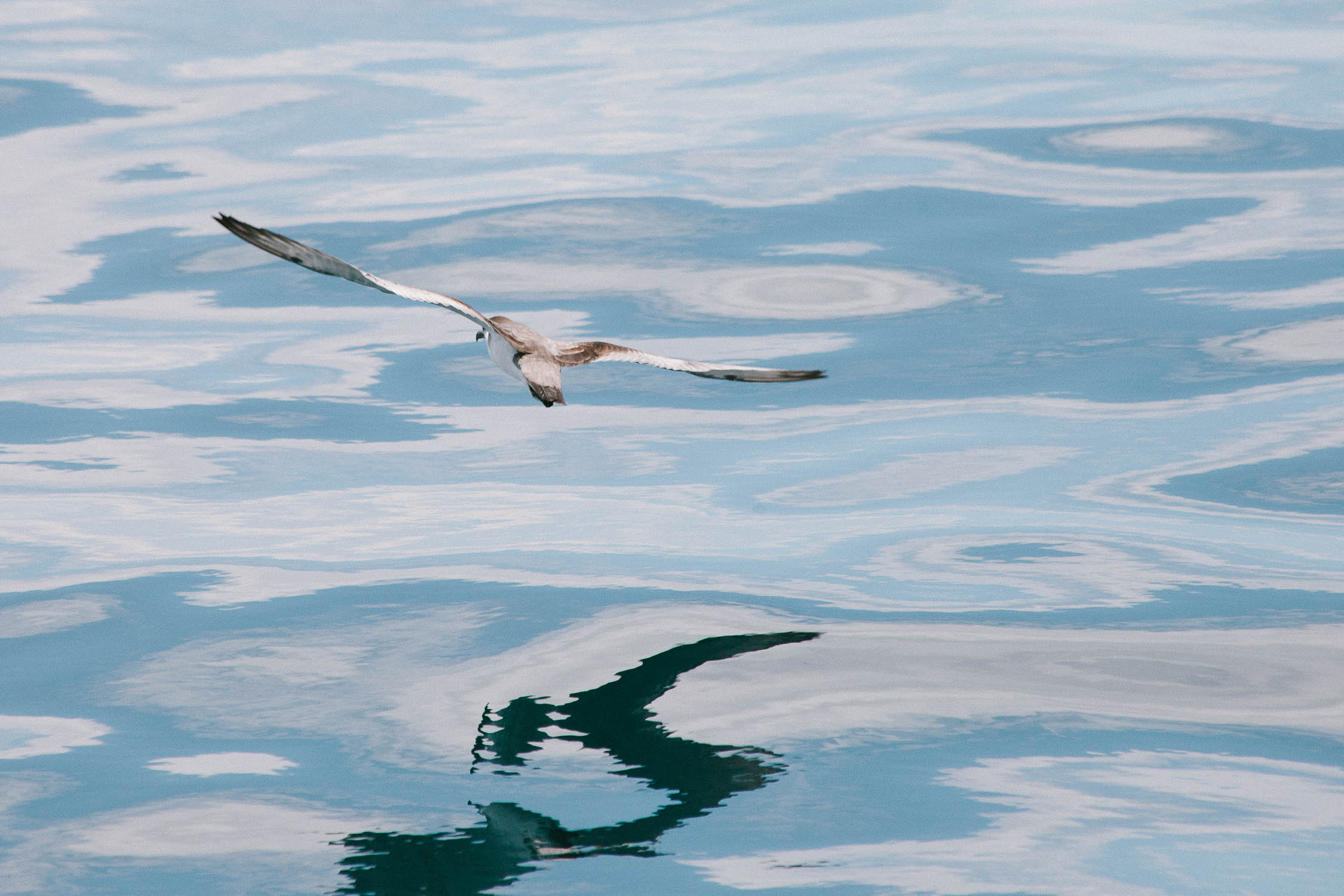 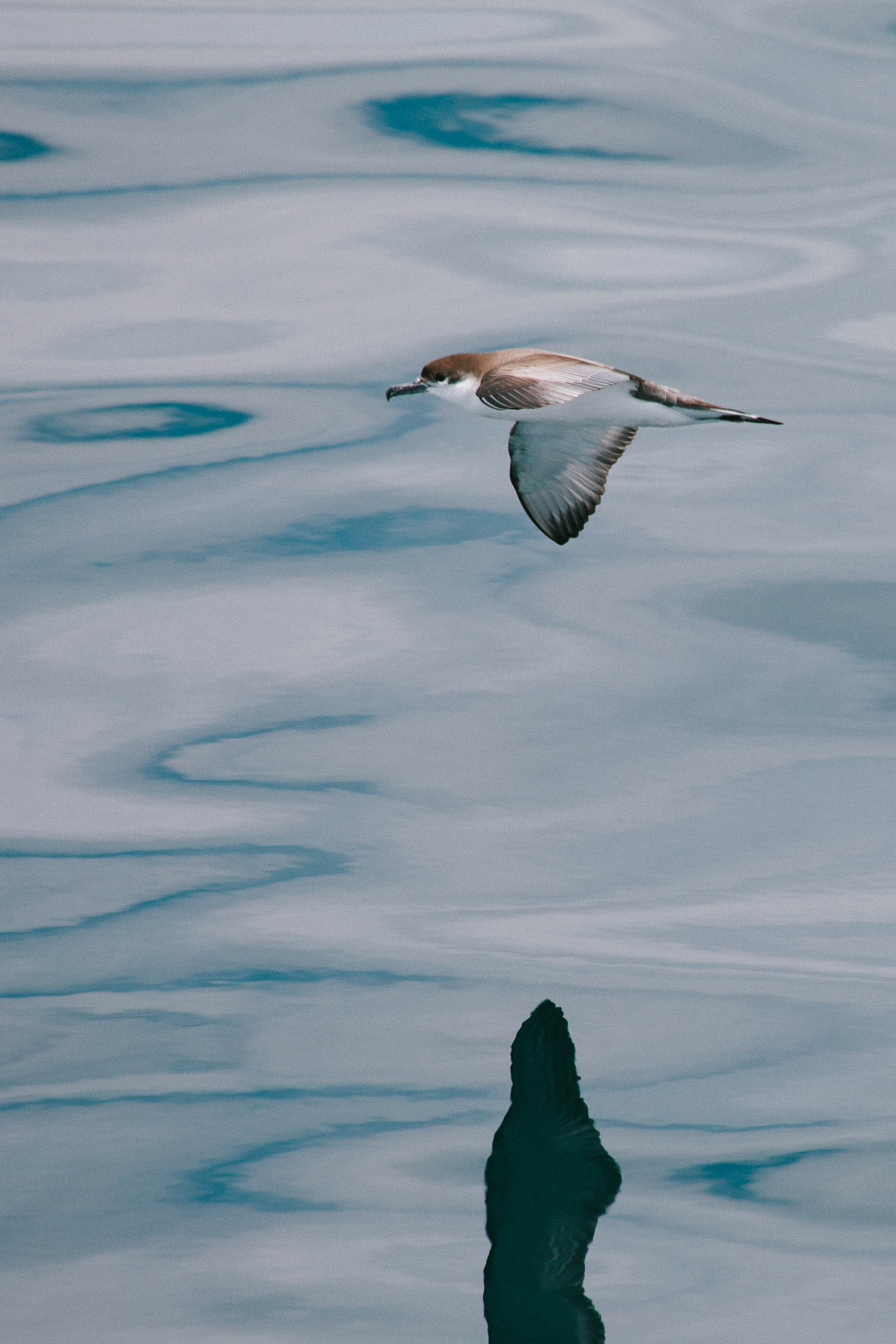 the skipper tells a few tales about how the poor knights got their name. one tells of a likeness to a poor knight of windsor lying down. other stories say it’s something to do with pudding, or captain cook having a hard night on the booze. the stories are unbelievable, but entertaining. 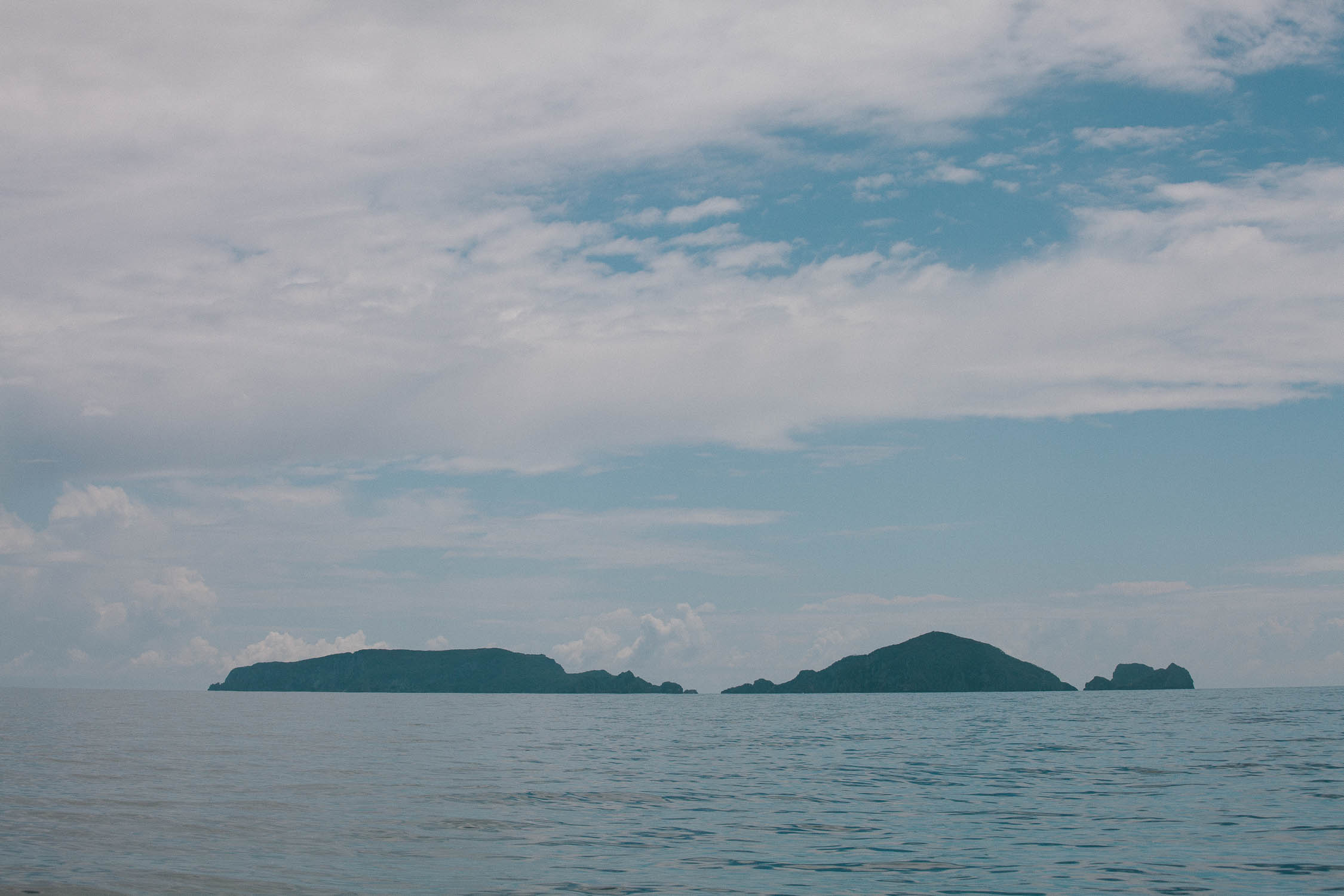 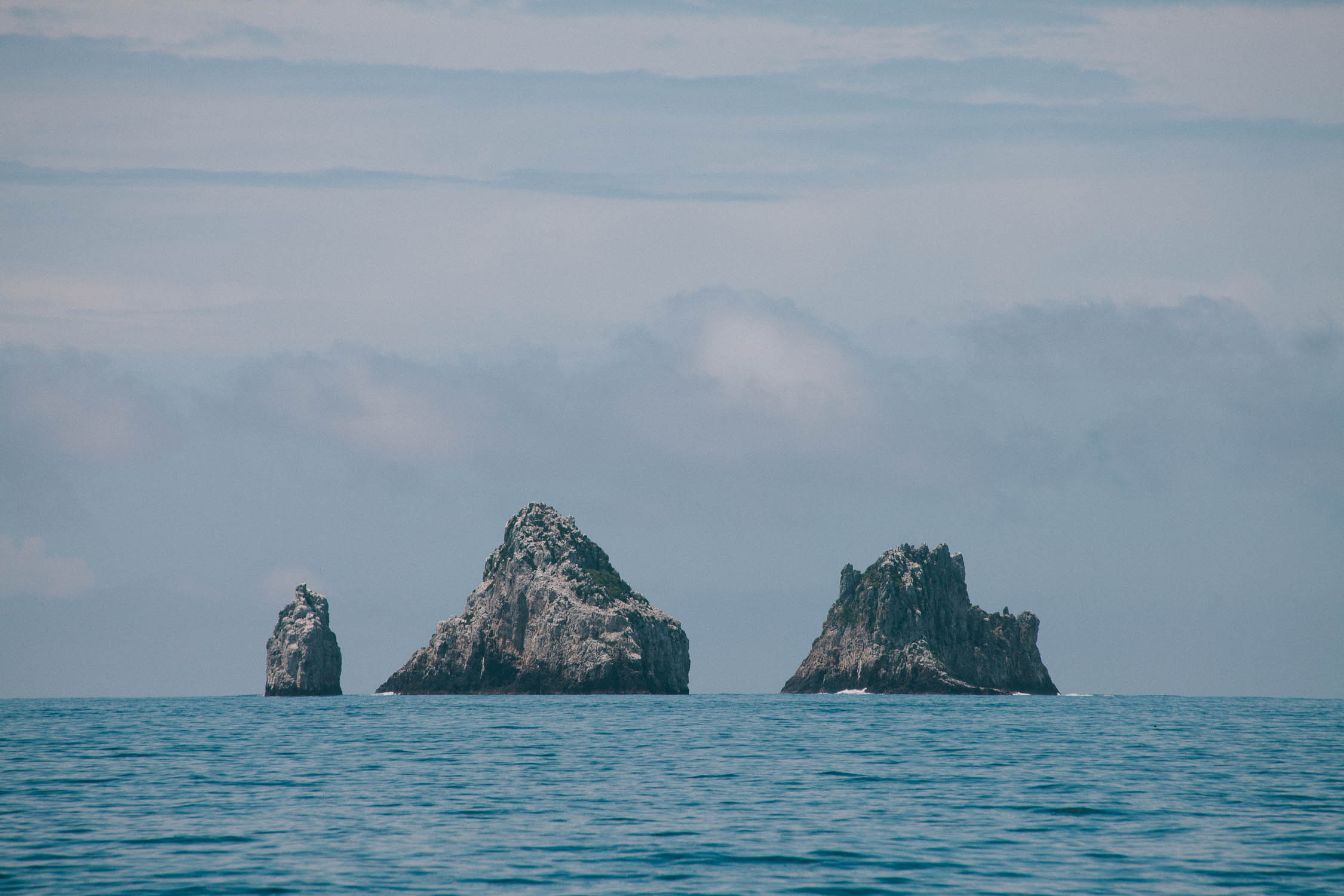 these islands boast the largest sea cave in the world (by volume). the cave is called rikoriko, which means waning light in Māori, twilight, or dancing light due to the patterns that the sunlight makes when reflected off the surface of the water upon the cave ceiling. it has marvellous acoustics, so much so that concerts have been held inside it. 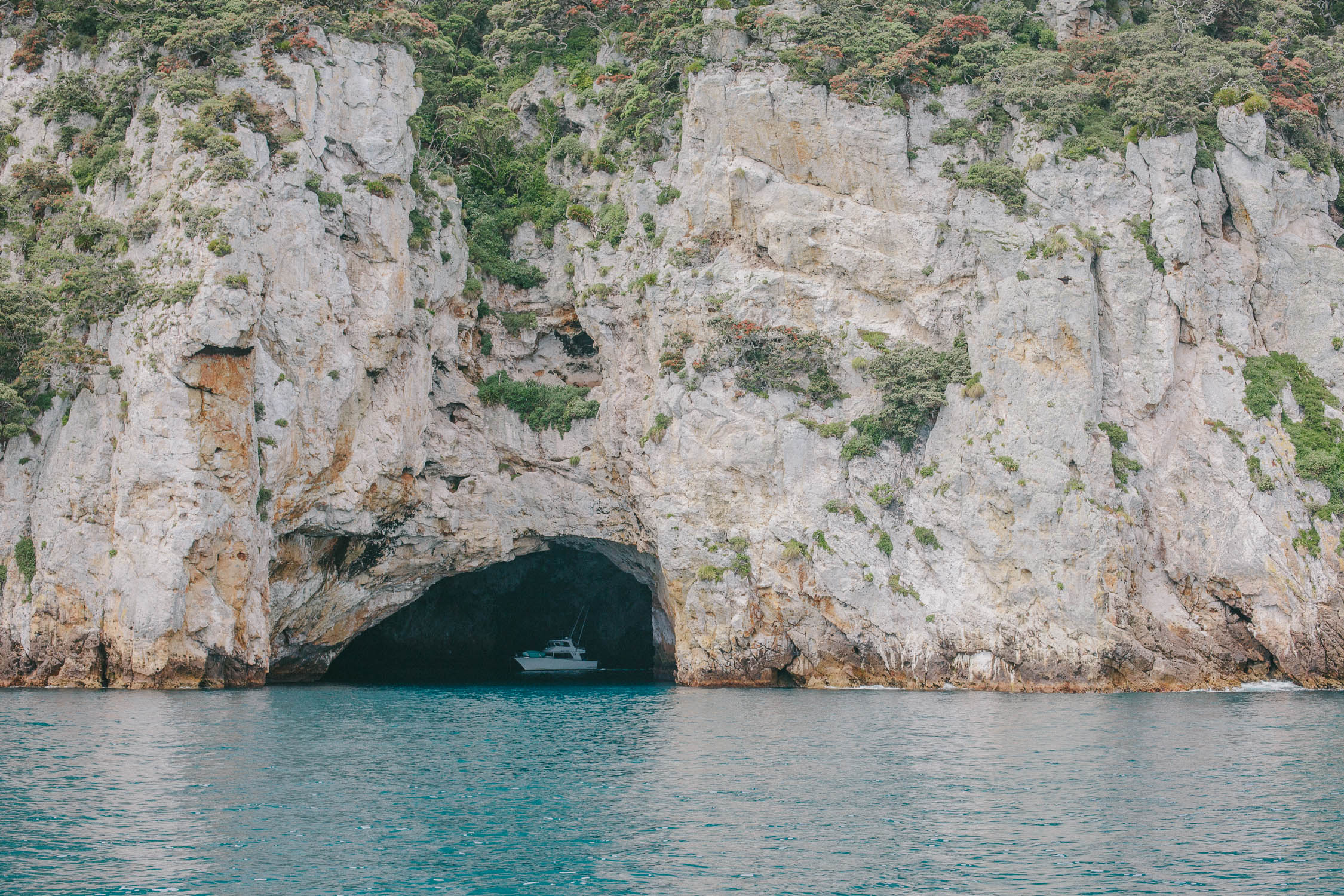 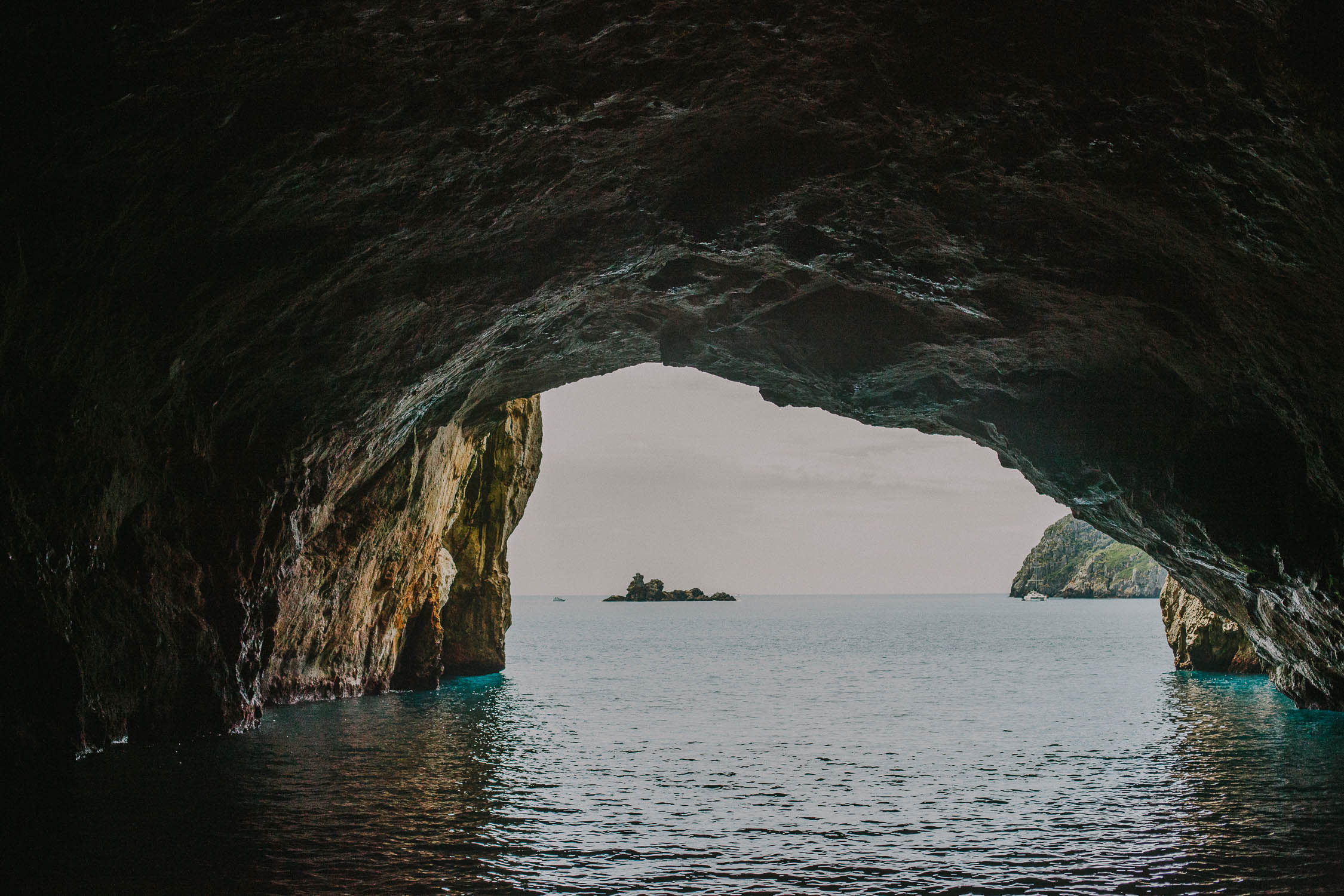 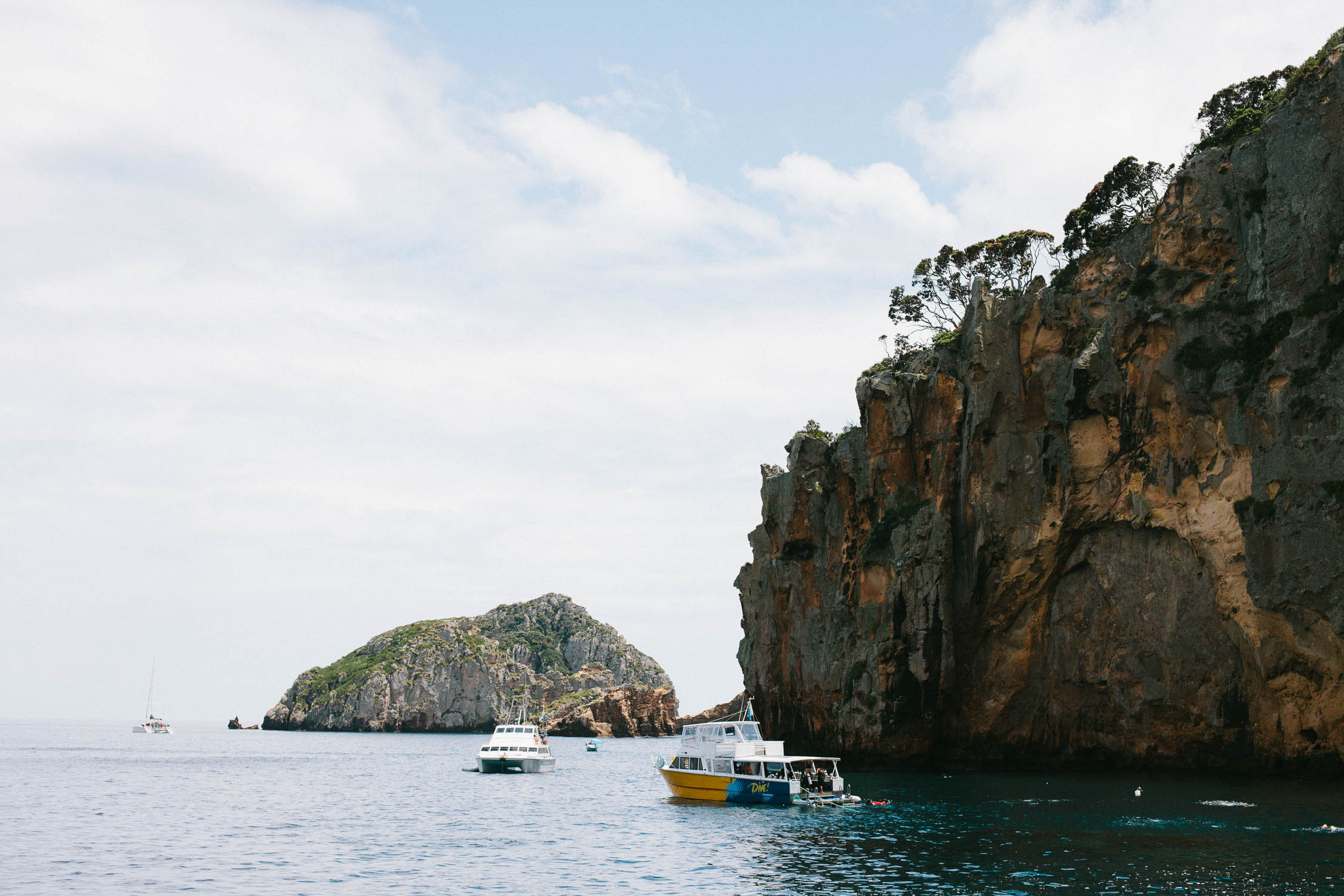 once we’re anchored in the bay, nic and i slip our fins and masks & snorkels on and head into the water. it’s a little colder than i expected it to be, but not so cold we feel like we need to use wetsuits (which the crew would provide if we’d asked for them). the water is amazingly clear and there’s an abundance of fish, seaweed and loads of different shapes and sizes of jellyfish. below us we see kina the size of footballs. it has me even more inspired to regain my diving certification – something we have resolved to do this summer.

i take a break from snorkelling to have a go at stand-up paddle boarding. it takes me a few attempts to stay standing, but i persist until i’m stable enough to have a little paddle around. time seems to whizz by when we’re out here on the water and it’s soon time to pack everything up and head back to the mainland after a fun day out. we spot a sunfish on the way back, which is apparently a rare treat – the last time i saw one of those was on a whale watching cruise off the coast of provincetown in the usa. 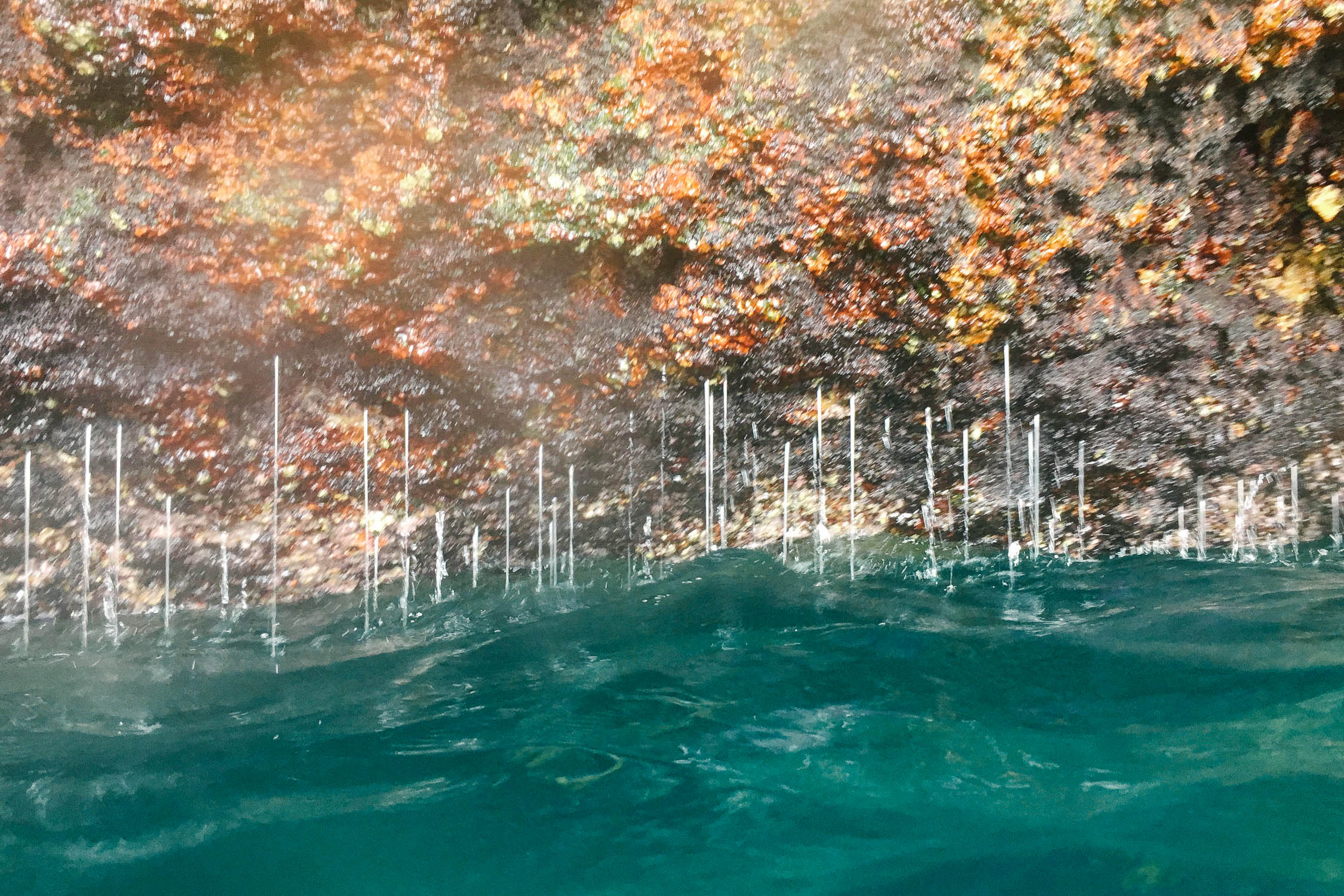 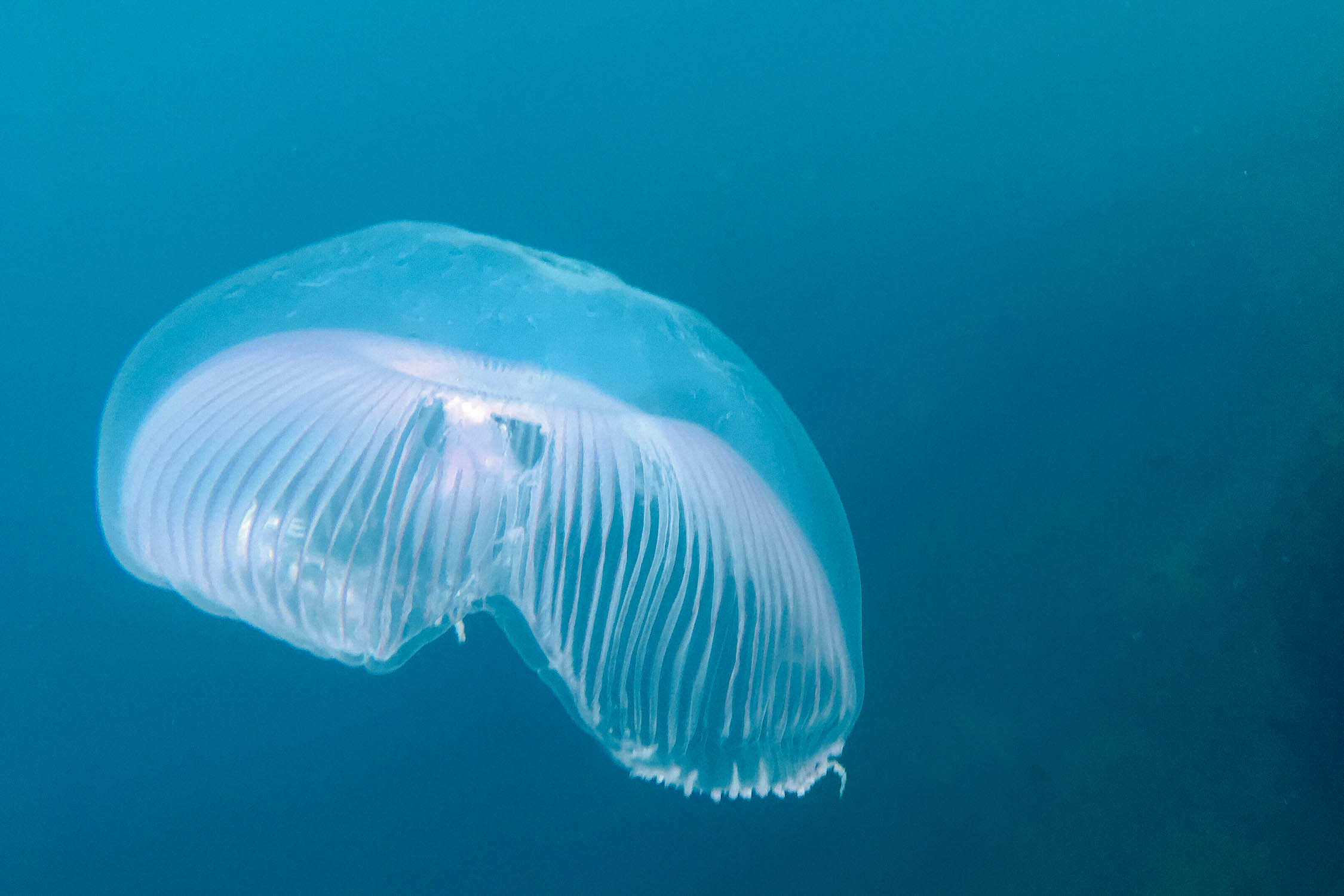 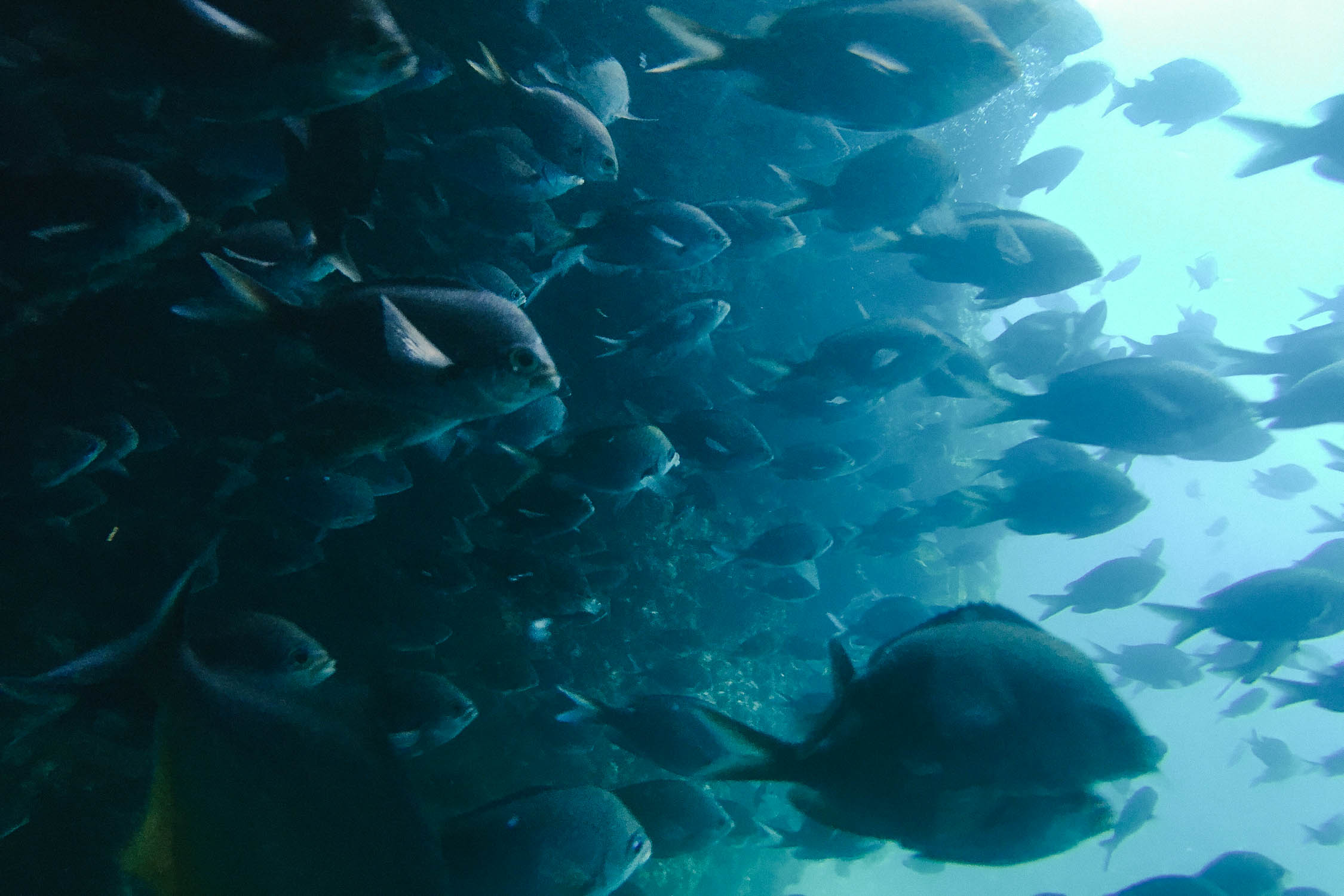 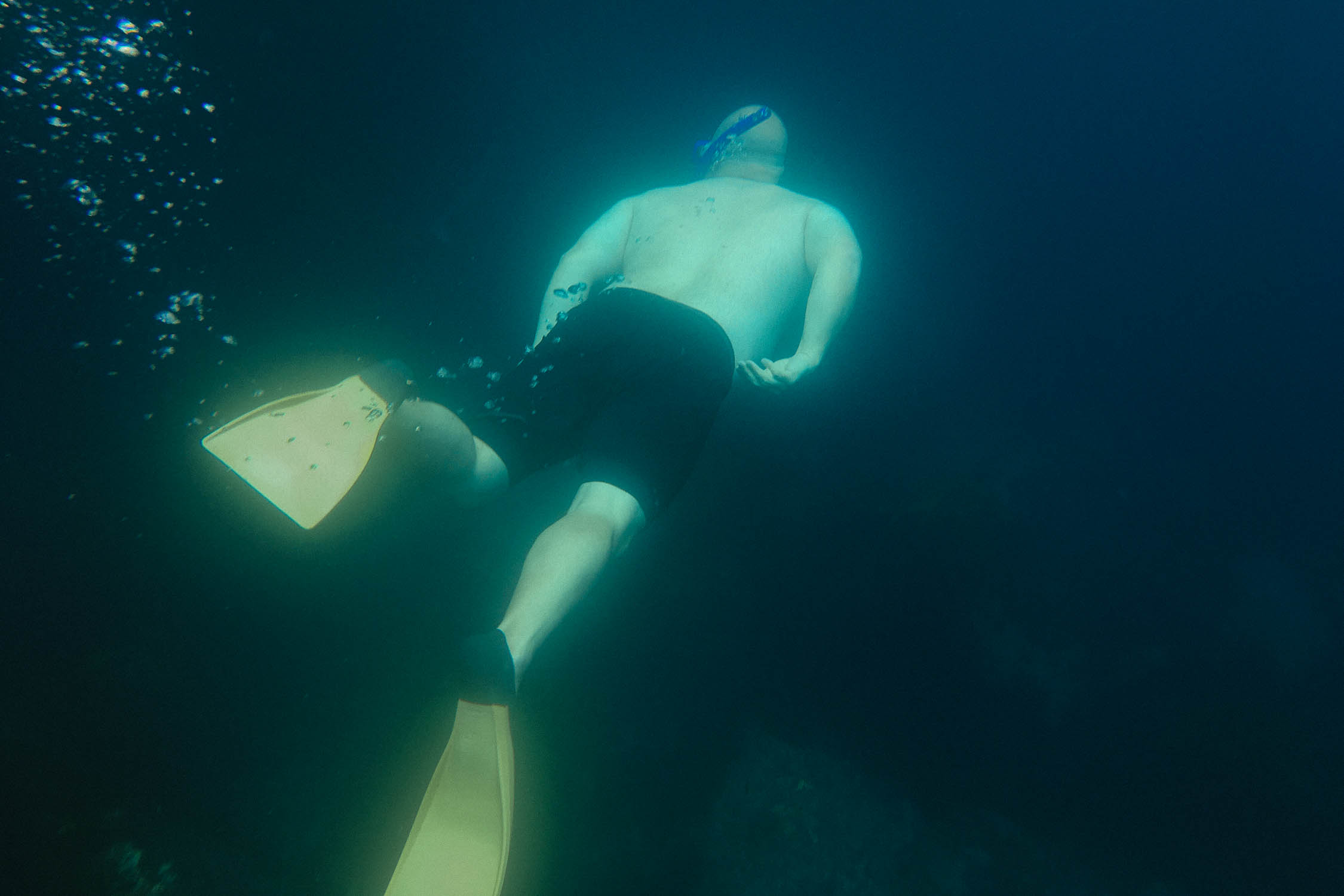 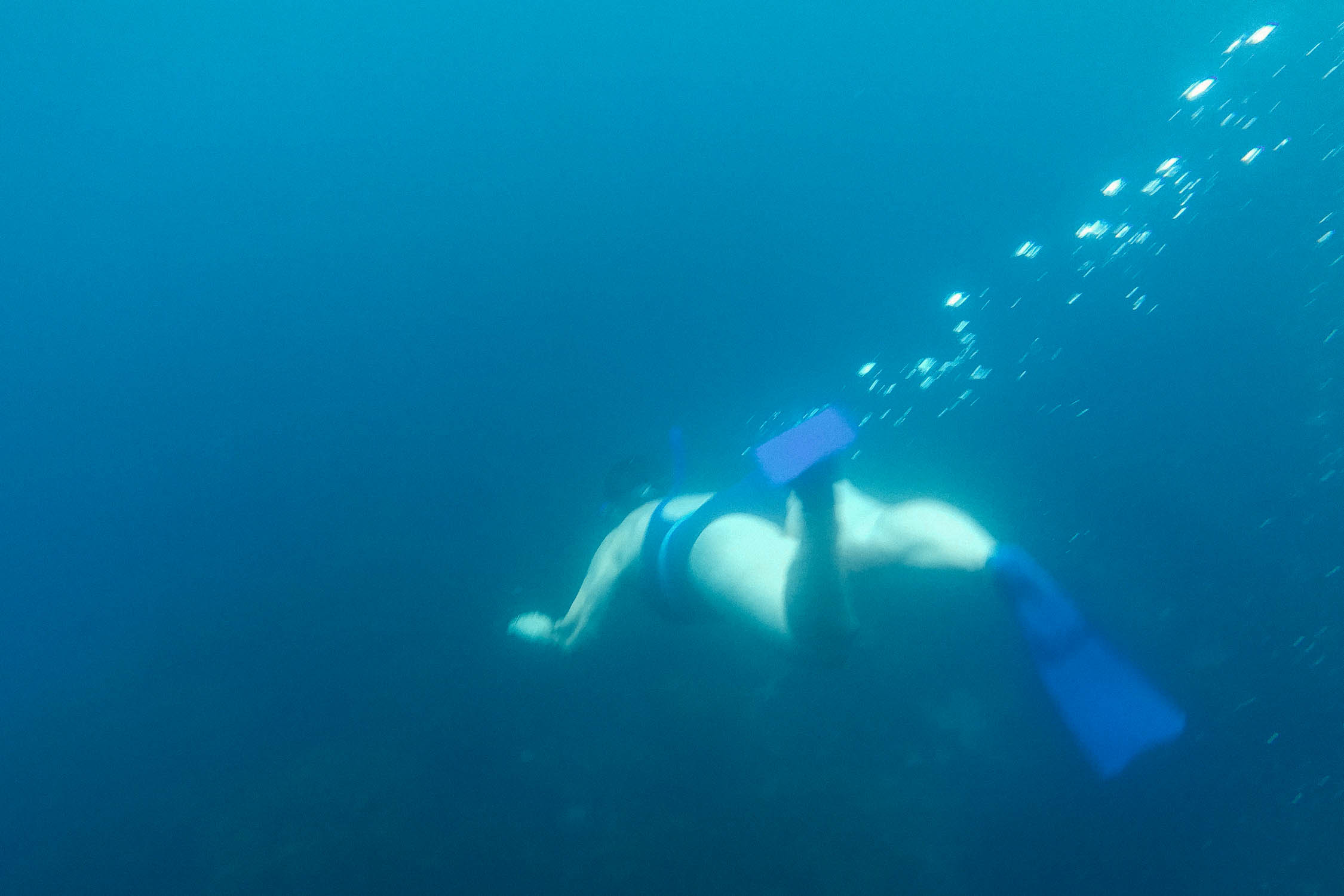 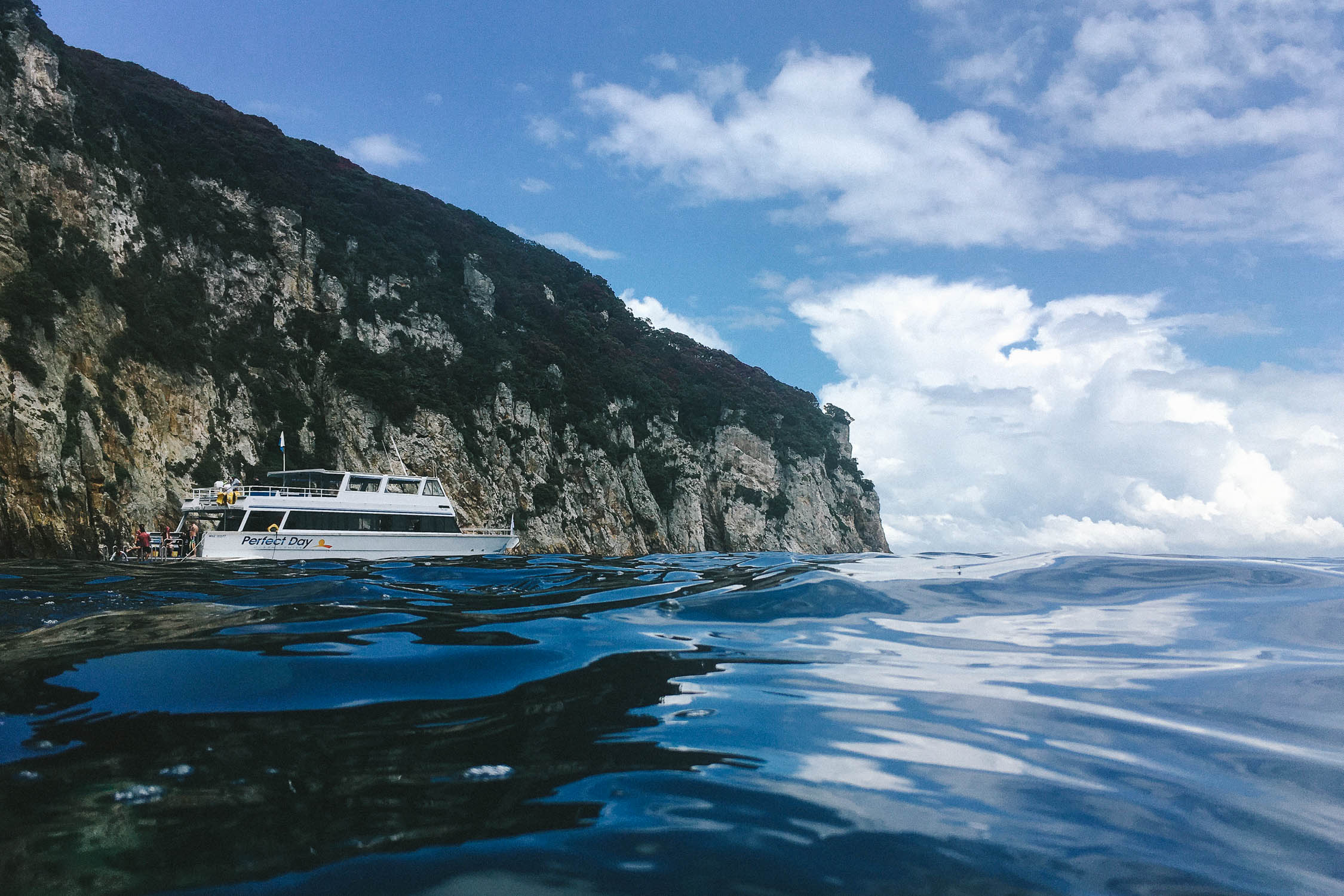 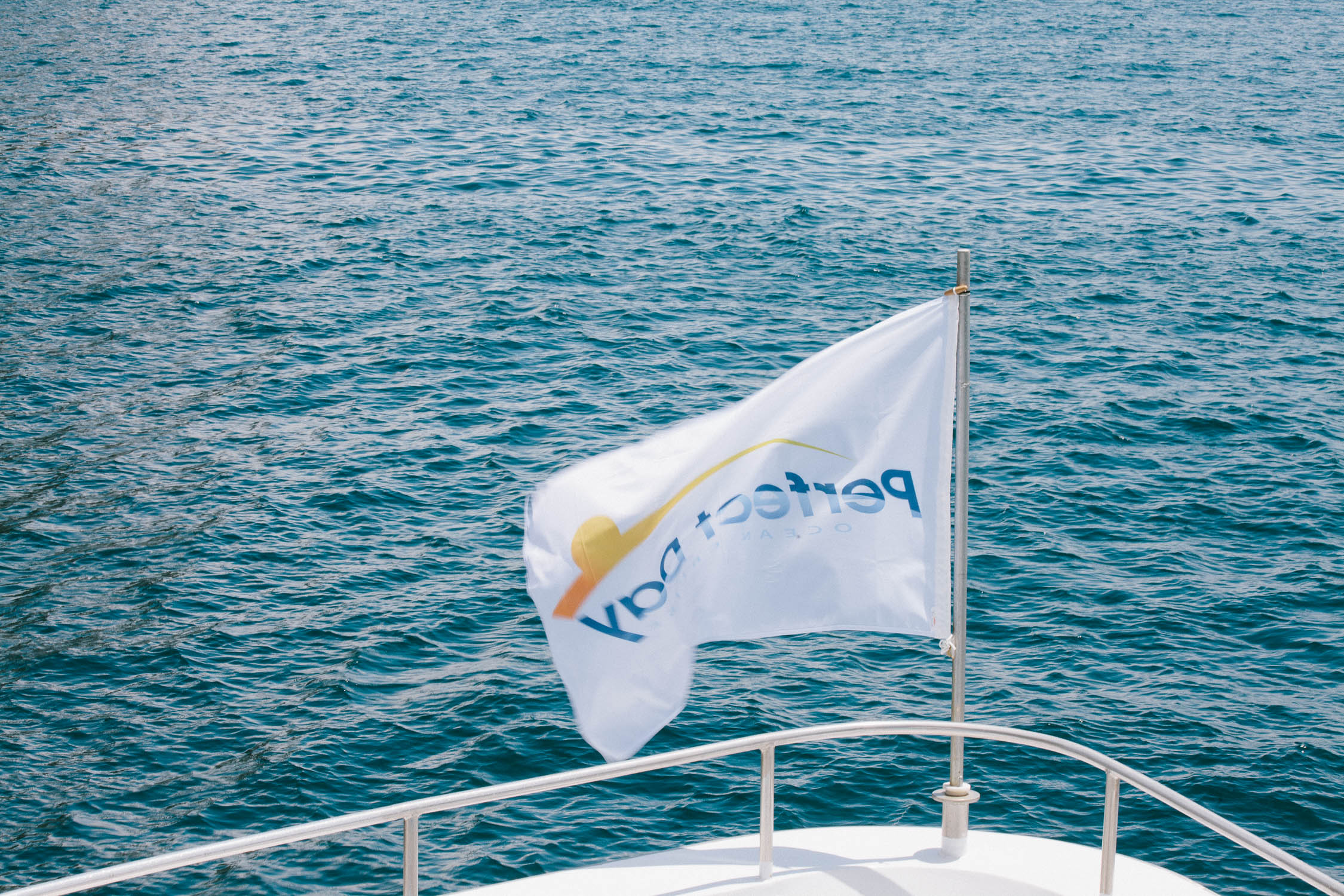 2 thoughts on “a perfect day”