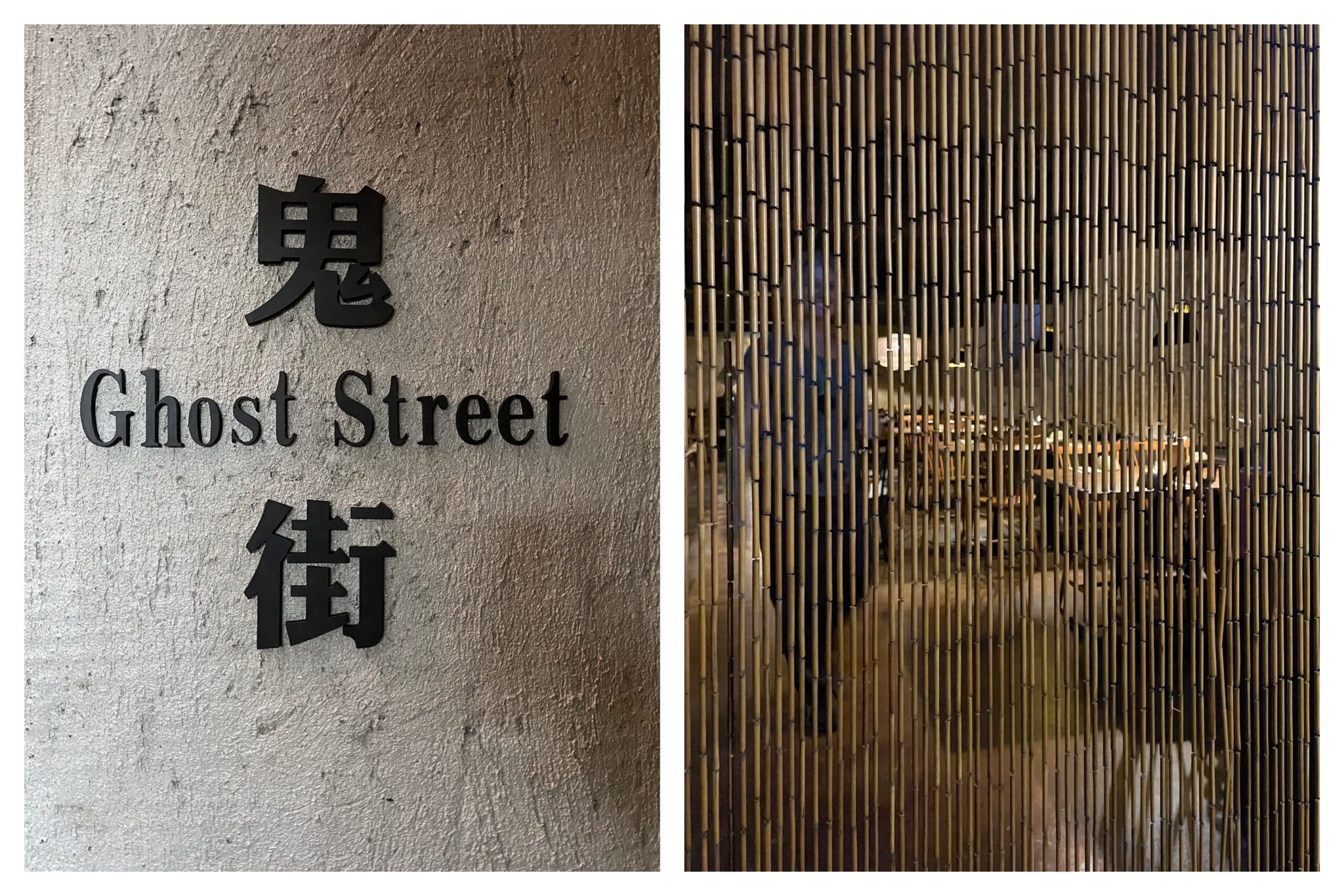 we went out for dinner tonight to a new place in the city called ghost street. it’s down three short flights of stairs at the end of an alley between two buildings. the entryway is through a bamboo curtain. lighting is subtle, the decor is wooden seats, textured tables. the whole place feels like a well-kept secret (though it’s really not secret at all). we sat at one of the middle two tables in a row of four, and a couple were directed to a table nearby. they chose to move one table closer to us as the light was better. we joked that the lit tables were for men and their wives and the dimmer tables at the edges were for unmarried couples where the light was kinder and you could see less. maybe it was a time and place joke but all four of us found it hilarious and roared with laughter at this idea.

+ this writing practise by the school of life looks interesting